Jonathan Campau is an American Entrepreneur with a passion for the hospitality industry… the luxurious side of it! His luxury rental company provides clients with breathtaking properties, amazing yachts, and the car your favorite celebrity owns. Surrounded by a family of business owners and dreaming about owning luxury hotels since 18 years of age enabled him to truly jump into entrepreneurship. And, in a day and age where image is everything, Jonathan’s Luxuri Management is thriving. It wouldn’t be right to conclude this without addressing a topic prevalent in almost all Future Sharks… mentorship! His mentor Larry, well, where to begin? From really real lessons about real estate, to lead generation, sales, & closing deals! Even relationship management gems such as how to deal with challenging clients and understanding that the right way isn’t always the easiest!

Based out of Argentina, also known as the “inventor”, Gerardo Pablo Gallo has always had a passion for programming and the internet. Growing up, he spent hours learning all about programming and designing model cars in his leisure. As he grew older, he decided to put that passion to work. His ad company, FULLServices AdNetwork, provides advertising services to clients from Canada, Spain and the United States, through a diverse network in 6 languages that includes entertainment and blogging sites. Even though the service was founded over 15 years ago, Gallo still spends a lot of his time updating the technology to stay innovative and helpful to the customer even with the rapid innovation in technology in the world today. Gerardo has always been persistent, and he fondly recalls turning down a significantly lucrative offer to work as the head of a department at a big city newspaper at just 19 years old. Without hesitation, he turned down the offer in favor of chasing his dreams with his own company. It was the right choice, even all of these years later.

Born and raised in Germany, Christoph Filgertshofer is a teenage ecommerce entrepreneur that has made waves in the industry in a short amount of time. After a successful stint as a gaming YouTuber amassing over 200,000 subscribers, Filgertshofer shifted his attention to ecommerce and building Shopify stores. While the going was tough initially, he stayed persistent and spent hours perfecting the craft to ensure success. Soon enough, his stores were consistently generating five figures in revenue each month and his life was dramatically changed. Today, he spends a good portion of his time collaborating with Shopify to help the next generation of entrepreneurs through an online education platform.

Dennis Kenney is a New York City based fashion designer and entrepreneur. After finding success as an actor, Kenney found his calling in fashion. With no formal background in the industry, he made a name for himself through Instagram content and building his brand. Once he landed his first job as a creative director, the sky was truly the limit for him. Coupling his talent with his knack for networking, he began landing high level gigs left and right. He has worked behind the scenes of Good Morning America, the Grammys, Tonys, Academy Awards, and the Met Gala. He also has his own boutique Styling With Den, and his own clothing line, NONDK. His bold style and charisma has allowed him to make a name for himself, and his propensity for taking risks when necessary have set him up for a stellar career in fashion.

A Bahamian reggae singer, Ibru is only just bursting onto the scene. After spending time in the military, Ibru rekindled an old passion for music and took it more seriously. The first several months making music brought him no return, but he would not let his frustration prevent him from pursuing his passion. One breakthrough led to another, and Smith suddenly burst onto the scene as the hot new reggae artist. His lyrics and flow connected with his audience, as his genuine lyrics and smooth, catchy hooks caught the attention of a nation. Before long, he would gain recognition in Jamaica thanks to his interview on The Star, Jamaica’s leading entertainment source. His new album, I’m So Focused, released to critical acclaim and can be found on all music platforms.

Based out of Tokyo, Kaho Shibuya is an entertainer and entrepreneur. She is bilingual, speaking fluent English and even spent time teaching the language in Japan. After spending time as a teacher and then journalist for a sports publication, she went all in on the entertainment industry. After spending time in the adult film industry, she rebranded herself on social media and with anime and brought her following with her. She now has a significant fanbase on Twitter and Instagram, and is slated to appear as a voice actress on a new anime series set to release in the coming months. She has made appearances at meet and greets and conventions in Los Angeles, and she is scheduled to attend a Houston convention this July. As a young woman, Shibuya has found it difficult dealing with men who did not have her best interest in mind, but she has become incredibly mentally tough as a result and has become better moving forward.

Shawn Anthony is an American podcaster and entrepreneur. He serves a massive audience by hosting his podcast, titled “School’s Over… Now What?” The podcast focuses on guiding his audience to finding success after graduation by interviewing people who have already found success themselves. Since launching in 2018, Shawn has been able to interview business leaders, CEOs, influencers and thought leaders to bring industry leading content to his show. The podcast has achieved a top 100 ranking on the Apple podcast charts, and Shawn isn’t showing any signs of slowing down or getting complacent. He’s been able to mentor thousands of entrepreneurs across the world, and the goal is to keep expanding his network so that thousands more can be positively impacted by his message.

Currently based out of Puerto Rico, Graham Byers is an entrepreneur through and through. His initial foray into the world of earning income without a job was selling things on Craigslist and eBay. Since, he’s started, scaled and sold his own e-commerce business and gone on to run two additional companies in e-com and real estate. A key difference being the first business wasn’t run from Puerto Rico! With a memory of the 2008 recession and what could happen to those he holds most dear; Graham has determined to succeed no matter what. An action taker from the beginning, his constant drive forward regarding freedom and living the life he envisions continues to propel his growth toward future goals.

Los Angeles native Travis Guterman is a business manager for entertainers and professional athletes. He helps his clients avoid the pitfalls of Hollywood and fast money while reaching their long-term financial goals. He attributes his success to his upbringing, where his family instilled the core values of integrity, hard work, and empathy. Before becoming a business manager, Guterman worked at a large investment management firm and at an entertainment tech start-up, where he gained a unique perspective and skillset compared to the typical business manager. In his spare time, he enjoys being active in the Jewish Federation and mentoring high school and college students.

From Canada to America, Justin Ashar has had his fair share of ups and downs. But, make no mistake about it, he loves the entrepreneurial lifestyle even if he landed in it almost by accident. After jokingly uploading a video of himself playing an Indian keyboard known as a harmonium and gaining 1 million plus views, he wondered how far he could push his creativity into a career. Since then he’s launched Pug Life Records and helped numerous artists launch their videos, albums, and even careers on social media. Taking his formula for virality even further, Justin began branching out into comedy, sports, and even food under the Pug Life branding. Now he hopes to inspire the world the same way he does his clients through his transparency & passion for social media, creativity, and truly living. 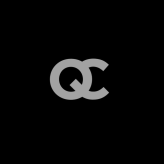