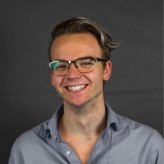 Jeremy Miller is a young nationally known entrepreneur and marketer. Jeremy started inventing things at the age of 7. By 16 he had already created his first company. Fortunately, as he explains, his first company failed at a loss of $8k. By the age of 18 he turned around and built a successful advertising agency called Inspired Blue Media with national clients and national press recongition. Now, Jeremy is the Director of Marketing at the fast-growing technology company, SnapShyft. Jeremy Miller was the 2018 Nominee for Tech Points Rising Star Mira award for “Best in Technology in Indiana”. Jeremy has been featured or mentioned in 50+ publications and websites including Forbes, The Next Web, Inc. Magazine, Channel 13 News WTHR, The Huffington Post, BuzzFeed, The Daily Beast, Influencive, Mashable, Future Sharks, Success Magazine and many more. Jeremy’s Forbes Feature was the #1 trending article on LinkedIn in December of 2017 and ranked #1 on Google for “Forbes Entrepreneur” with 17M search results also in December of 2017. Jeremy was ranked in the top 25 influencers to teach about social media in 2017.

What is your influential quote? “Most of you think of farming as this continual process of buying seed, planting, fertilizing, harvesting, then starting all over again. But think about the period between the first time your dad had you climb…

Meet Dylan Jacob, the 24-year-old serial entrepreneur, and inventor. Dylan has founded four companies and is now focused on his fast-growing brand, Brumate. Brumate creates/innovates/ and sells insulated beverage containers for the adult beverage industry. Dylan, an article from Shopify…

According to Forbes, more than one third (36 percent) of U.S. workers are in the gig economy, which works out to a very large number of approximately 57 million people. According to Nasdaq, by 2020 43% of the U.S. workforce will…

Meet Colin Wareham. Colin is 18 years old and he’s already becoming a known entrepreneur in his hometown, Noblesville, Indiana. You’ll find in Colin’s story that he’s already experienced multiple business failures, but he leveraged what he learned from his…

At age 12, Trey Cockrum founded a small graphic design firm, at 17 he is office shopping in downtown Indy for his photographer community ‘SeekTheLight’. He now earns passive income through YouTube and travels the world for his own wedding photo…

A good indicator to determine if someone is going to be successful is if they have three sequential things: people, processes, and platform. Most people have the hustle, the dream, or the skills but they lack the people, a process, or a…