Being an entrepreneur at the age of 19

A story about the products of Pharid

Return to May 2016 and I was in 9th grade. My life was like a story with a lot of sad events. Everybody hates me at that time, even if they were kept away from my soul. I was unsuccessful because my partnership company crumbled because of the unlawful and irresponsible attitude of my partners towards business activities, and at that time because of my age, I had to keep myself down in every business decision. My father was offered me to work on his business, but I rejected my father’s proposal because of my computer programming intention. And the development profession of my app started with zero support from my family. After that, I started working on my dream project, ABC Mobile Security, inside the dark room with the support of my brother, without money, which was my first product for the market place called Envato. I spend a total of nine months developing it out of the sketch. The development period was the most painful moment in my programming life I’ve ever experienced. But Abc Mobile Security’s success fulfilled all my desires and expectations as I say the invention gave me plenty of money to buy family love and support.

The story behind the “ABC Mobile Security” revolutionary product has a lot of pain. This product helped me solve all the problems I was struggling to live at that time. It’s been sold to Felix Tech Pty Ltd, Singapore. They offered me to work at the company, but my intention was to become a great Nepali entrepreneur so I rejected them.

2018, a year I’ve been able to develop 15 + apps in the dark room that help me gain popularity among the brilliant authors of Envato. The invention of technology is always at the top of my priority.

I am the CEO and founder of Pharid Dot Com Private Limited, a startup company. I managed to achieve more than $15,000 (15 lakhs NPR) business transaction in my company’s first year, raised more than $9,000 (9 Lakhs NPR) net earning, and was perceived as’ successful’ (unfortunately things didn’t end up like that) in Envato Market.

It was very common for people to come up with me to ask what the magic was to make an app that was successful. I would have fudged through my way and made something people wanted to buy, but could I recreate it?

In one night, I wanted to build an app, not tell a single person about it, and run some experiments on it to see if I could get it to some success level. I thought I might get some dollars and make a few hundred dollars.

I wanted an idea that I had no domain advantage in at all, so what better for a Arabs and some countries whose government banned to browse something that people really addicted about so I developed eVPN app. The VPN was getting a lot of press (and buzz) at the time on sites like the New York Times and Hacker News, so I already had some customer validation around the idea.

There were a couple of key goals for the app:

Many other ideas and features ran through my head, including:

Given a short time frame all this had to be cut (for now).

Sales of all Products

Over 2018, sales were steady, which is even easier to see with a cumulative graph.

Almost 60% of the profit was from the ARAB.

What’s Next For Me?

I’m now focusing on API Centralized Application such as weather, movies, social network, ecommerce platform, games, which I wanted to do. We’ve got so many exciting features coming soon. It’s amazing to be excited about an early stage startup, adding and serving a new paying customer, talking to customers and building what they want. It’s quite addictive.

One thing that Clients said to me on the calls and messages , “We probably wouldn’t have considered buying your app if we hadn’t read the story”.

“How important is it to create a story around your product?”

I think I’ll call that a ‘very important’. 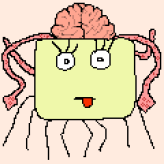