Eon Smoke is the Juul Pod of the Future.

Eon Smoke is set to become the next big nicotine pod distributor. Juul has recently undergone a ban of all the fruit flavors that they sell. It has been said the marketing of these pods is targeted at minors. The ban hopes to soften the usage of Juul devices by minors. In recent polls, “A survey of close to 3,000 high school students in Connecticut showed that 22% of those who reported having used an e-cigarette had used a Juul, according to findings presented earlier this year at a meeting of the Society for Research on Nicotine and Tobacco”.. This number has skyrocketed helped mostly because of the introduction of the Juul. It’s portable, easy to use and manage, and looks like a little flash drive!

This sexy little device has made billions in the past few years and has widespread use throughout the country and now the world! I even saw an Ad today for Juul’s being introduced in India it’s crazy!

But with the new flavored pod ban in the United States, it is harder to get pods. The question arises of how adults of age are going to get these fruity flavors that they enjoy so much. Every day more and more smokeshops are taking Juul pods off the shelves, paving the way for a new vape company to take its place.

Based out of Clifton, NJ, Eon Smoke is set to do so. According to the Wall Street Journal, “Already on the market are products that piggyback on Juul’s popularity. Eonsmoke LLC sells nicotine pods with a 6% nicotine solution. Chief Executive Michael Tolmach said he expects sales of his Juul-compatible e-cigarettes to reach $30 million this year.”

The sales of these pods have skyrocketed as well as the positive appraisal. Off brand pods, such as Airbender or Blankz, have been reviewed as lower quality than Juul pods. Eonsmoke has been accredited with having the most similar to Juul pods on the market, with even some added perks!

Eonsmoke pods are 6% nicotine, differentiating from the 5% nicotine in a Juul pod. This packs a stronger punch for the heavy nicotine user. They come in different flavors than Juul has ever experimented with. Some include a Cafe Latte coffee flavor and a Pineapple flavor.

Eon Smoke also has a strong social media awareness. Their Instagram @EONSMOKE is popping! They’ve built their popularity on their superior product to Juul as well as testimonials from celebrities such as Scott Disick, Supreme Patty, Kush Papi, Mia Khalifa, and Stevie Emerson. These huge names have all endorsed Eon Smoke of having a wide variety of flavors and a no brainer alternative to smoking smelly harmful cigarettes. Eon Smoke pods use a tested and safe Salt Nic Formula. This is the same formula that is used by heavy smokers in mods and bigger vapes, but condensed in the worry free format of a pod.

With Juul Pods taken off the shelves, it’s clear that Eon Smoke is the next in line! So get your Eon Smoke pods today before the prices shoot up! 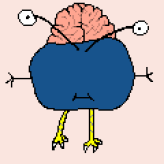