Consumers spent $517.36 billion online with U.S. merchants in 2018, up 15.0% from $449.88 billion spent the year prior, according to a new Internet Retailer analysis of industry data and historical U.S. Commerce Department figures. That’s a slight slowdown from 2017, when online sales grew 15.6% year over year, according to Commerce Department figures.

Total retail sales, not including the sale of items not normally bought online like fuel, automobiles and food at restaurants, hit $3.628 trillion last year, up 3.9% year over year from $3.490 trillion, Internet Retailer’s analysis of the U.S. Commerce Department’s total retail sales figures shows.

More significant is that e-commerce sales represented more than half, or 51.9%, of all retail sales growth. This is the largest share of growth for purchases made online since 2008, when e-commerce accounted for 63.8% of all sales growth.

Chase Peters is 21-year-old media entrepreneur, who makes $100k a month on YouTube. He runs 20 cash cow channels where he hires people to make the videos on his behalf. He started about 4 years ago and his goal is to 10X to $1 Million a month.

Chase Peters is a 20-year-old serial entrepreneur who started building youtube channels four years ago and now runs 20 cash cow YouTube channels. He claims that as a result of all of this hard work and scaling his channels now generate him over $100,000 per month in revenue. Chase, however, is not a celebrity by any means. The channels that Chase runs are completely independent of his personal brand. Chase runs “Top 10” channels, gaming channels, sports channels, and many others. Some of his channels include the channels “Viral Now” and “Simply Fortnite” with over 250k and 300k subscribers on Youtube, respectively. He’s developed a very unique style by starting channels where he doesn’t show his face and has workers do all the content production for him. He started with one channel 4 years ago and used the income from the first channel to expand and fund his next youtube ventures. His style of hiring content creators to produce videos for him has allowed him to focus on his various business ventures while still growing his channels rapidly and efficiently.

As a top tier Youtube expert, Chase now offers his programs for those that want to learn how to make an income off YouTube. This has not only allowed him to generate additional income, but it has also helped him garner a large personal following on Instagram. Chase has gained over 60,000 followers on Instagram and his following continues to grow rapidly. As a teacher, Chase is as focused on the success of his students as he is on his own. Chase shared that one of his top clients started earning $30,000 a month off of his 8 channels, while other clients are earning an income of $500-$3,000 a month which continues to grow due to his tutelage. Chase’s long term goals involve being a real-estate investor and he hopes to utilize the income he generates on Youtube to fund his future ventures. 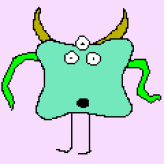 Shazir loves writing for Future Sharks and So Influential.