From Starving Artist To ‘artrepreneur’: The Rise Of Ambro Di Pilato

For many, art is a unique concept. One that is hard to define, to understand without being an artist themselves. However, even the biggest philistine can appear the beauty of high-quality art. The image, the direction, the message told within; it’s all part of what sets apart an artist from the rest. However, as many artists will know, the path to progress and self-improvement is not one which is easily walked.

It’s a challenge; just like every sportsmen, not every artist is a walking cheque book. Some struggle, some never find success. Others use their prominence and ability to help other artists – to change perceptions long-held by the public. For example, take Ambro Di Pilato.

DI Pilato, born in Montreal, Canada, is an artist who very much lives his life by the latter ambition. Coming from the comfort of the middle class, Di Pilato got used to wanting more than having. This desire to have more, played a major role in his growth from ambitious child to a successful young adult.

While personal success is always an aim, for Di Pilato the aim is simple: to help reshape the common view of artists across the world. And to make that so, he’s set about crating a hyper-ambitious method of art promotion. Aged just 21, Di Pilato has already earned as much as $5million USD in sales for his two major firms, starting in 2017. Now, he’s in charge of his own franchise of galleries, AMBRO|GALLERIES is one of the largest pop-up galleries in Montreal, Canada.

The event, which hosts around 500 people and brings close to 100 artists to the event, is seen as a major part of the Montreal art scene. It’s this ambition to help change how people perceive art, and how they take art in, that has made Di Pilato stand-out from the crowd in the art industry. Promotional skills are obviously part of his repertoire, alongside artistic flair; he has helped his clients raise over $23million USD in high ticket sales in just the 1 year that his agency has been in been in business.

A new art to promotion

What, though, is the major difference here – what has helped Di Pilato carve out such a different path to success compared to many of his contemporaries?

Part of it, he believes, stems from a collaborative approach to sales. His approach to selling has been incorporated into his galleries and his agency, which helps to set up art galleries across the Canada every year. They also help to ensure that daily operations within his agencies are smooth, sophisticated, and employed by people that he can trust. A big part of his success, though, stems from the fact that his clients aren’t making up-front investments. This is exceptionally rare in the industry, and has given Di Pilato a unique change to set a better example.

Clearly, financial control is something that is well within his grasp. He’s become someone who is seen as an example of running a business and creating an income through innovation. Unlike other artists, he’s turned his creative streak to other ways of being seen. Given the numbers he’s posted, it’s easy to see that this is a strategy that works, that stands out.

This provides the young Canadian with the chance to travel the world, to meet others who are struggling financially, and to help them envisage a more financially lucrative future. It’s a powerful message, and one that is delivered with simplicity and serenity. For many, then, Di Pilato is a fine example of the modern artist: ambitious, innovative, and ready to put his money where his mouth is. So, how does he get it right?

“Art galleries, really, are quite simple,” Di Pilato says. “It’s about finding the venue, and getting the right artist – and then having quality marketing. The principles are easy. The challenge, though, is putting that into practice…without someone who has the ability to sell, no business can prosper.”

And it’s true – no matter the level of artistic quality or the depth of the image, nothing can make a product sell itself. Without visibility in such a busy world, how can a product truly blossom and be seen by the right people? Art no longer sells on its own. The challenge stems from getting people involved who “get” art; who can make it a commodity worth purchasing and investing within. Artists often struggle with that side of things – it’s easy to see why. Telling the world to buy your own creation can be tough. Selling the plus points whilst masking the negatives can be tough for someone who can see every perfection, and every blemish, in any piece of published work.

By creating an empire built on putting the right people in place and ensuring that art sells itself using the right kind of language, Di Pilato has made quite the splash. In an industry that is often fraught with commercial challenges, a marketer who has a track record of selling millions in artistic products and tickets ensures there’s a demand for such expertise.

In time, we might come to know the modern art of selling as a ‘Di Pilato’ – and what more could an artist want than name recognition for their greatest achievements? 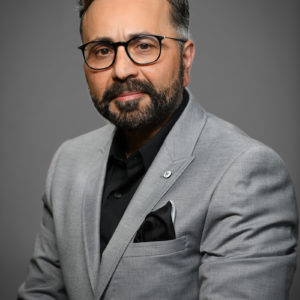