From Twitter Meme to Success: How Terry Maxwell Turned a Viral Video Into a Career

In today’s world, it seems as though people get famous overnight for seemingly anything. On the flipside, it seems as though these pop-up celebrities die off just as quickly as they become relevant. In a culture that has such a short attention span, how is it possible to take overnight fame and turn it into a viable career? Terry Maxwell, aka Terry Business, has it figured out.

Terry started off his entrepreneurial lifestyle in grad school, dipping his hands into multiple different business ventures. After major financial success buying and selling Bitcoin, Terry moved to Florida where he hoped to continue to grow his career. Despite the early success, one of Terry’s biggest opportunities was yet to come.

While in Miami, Terry met up with Twitter star Lil Esco 28 and his team. After befriending the young content creator, Terry had the opportunity to cameo in one of Lil Esco’s videos. The video went viral, quickly amassing over 7.5 million views and over 500 thousands likes on the platform. Terry, who is seen at the end of the video with a simple wave and catchphrase “Hey, how’s it going?”, took his moment in the spotlight as a grand business opportunity.

Using the wave and greeting to brand himself as a public figure, Terry was able to gain a following off of the Twitter meme and spin it towards creating his business empire. With now 200 thousand followers on Instagram, Terry took advantage of his online media momentum to bring paying customers to his business endeavors. Terry now runs M Six Labs and Nobel CBD, a CBD processing company and CBD white labeling and brand development company, respectively. Terry also operates his family finance business Web Finance Direct and an online smoke accessory shop, Glass Nation.

Terry’s story is an expert example of how to take advantage of an internet marketing opportunity. While most meme-stars will do nothing more than cling to their minute of fame, Terry saw more than meets the eye. Terry Maxwell turned himself into Terry Business, and is still thriving to this day. 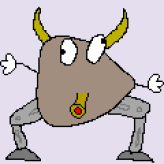