Many people go for what is easier in life, thus settling for less, but not Amber Morningstar. She went from a small-town girl from Oakville, Ontario, to building a six-figure business of her own in a year and helping dozens of more entrepreneurs transform their businesses into multiple six and seven-figure businesses. Morningstar is the founder of Dropset Gorgeous LLC. She turns everything she is involved in into a success.

Morningstar has always had an entrepreneur’s mind since her teenage years. While at McMaster University, where she did her Bachelors of Science in Psychology and Neuroscience, she worked in retail stores and as a waitress at a dive-bar. After completing school and leaving the waitress job, she did well in retail management, and she got promoted to a store manager for a famous clothing brand.

In only eight months, she grew her store from the worst location in Canada to the best one. After accomplishing that while working long hours for six days a week, she had to move on to something more fulfilling.

By this time, Morningstar had already had a taste of real growth and success, and she had no intention of stopping at that. She took on another job with a third-party telecommunications company risking a 50% pay cut. Their job was to fulfilling contracts, and they assured her that if her work ethic were as good as it seemed in her interview, she would easily climb up the ranks. Morningstar did just that; she became the sales manager in less than a year.

At that time she was the founding team member on a corporate project that grew to over six full-time team members in less than six months. They managed all corporate employee plans throughout the nation for big-box businesses. By the time Morningstar was leaving the company, it had grown to a seven-figure project. She moved to Florida and was now ready to use her business experience online.

Morningstar took a business course online and used what she learned in her fitness coaching business, and it worked. The business was doing better than ever, and the company she had taken the course from took notice. They offered her a job at the company, and she took it becoming the COO. In eight months, Morningstar took the company’s annual revenue from a dropping $1.6 Million to a climbing $3 Million. Unfortunately for the company, it was her time to go.

She had spent years helping other entrepreneurs build their businesses, now she realized she was good at it, and it was time to do it for her own business.

After the eight months building that business, Morningstar decided to build her own business since she was an expert already. That’s when she formed Dropset Gorgeous, a done-for-you system and done-with-you services company.

The company helps lift businesses by implementing the systems, marketing tools, and team development they have no time to create. Morningstar runs the company with the help of four other team members and still looking to expand the team.

She built Dropset Gorgeous into a six-figure business in less than a year, which is nothing short of incredible. At the moment, the company operates on referral only, which means you can work with them only if someone they’ve worked with before refers you. They have worked with some of the biggest names online.

Why They Stand Out

Dropset Gorgeous is so unique in how they handle clients. The quality of service they give is one you will find nowhere else. Morningstar is very selective of whom they take on as a client. That is because they use a very hands-on approach, and she has a personal investment in the businesses they work with and their success. They get in the trenches to work with their clients and employees until they lift the company.

Morningstar and her team treat every business they work on as if it is their own, which makes them more focused on making it better. She is always willing to go out of her way for her clients and team. It has contributed significantly to her high level of success in the industry and within a short period.

Morningstar’s success is measured by the success of her clients and the impact she has created in the world. That has played a crucial role in her motivation to succeed. For her, the sky’s the limit. 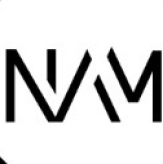