I first embarked in entrepreneurship at only 13 years old. I always had a passion for selling things and creating business systems. It was just who I was. I’m now about to be 18 and I can happily brag about the business I created. By ‘brag’ I don’t mean flaunt around my money or tell you guys how great of a businessman I am. In fact, almost the complete opposite of that. My business, better known as Dropshipping Academy, teaches people from all socioeconomic backgrounds how to be successful in online business. As of today, I have 262 students and never had a single one of them lose money on my Academy. (Told you I was going to brag a little!).  However, enough about myself…I’m writing this article today because I’m going to tell you the story of one very special student I had named Tolley.

It was late October when I first heard from Tolley. He sent me a direct message on Instagram (@chrismaresca_), telling me how he recently got scammed by a ‘dropshipping guru’ whom I’ll leave unnamed. Tolley explained to me how he hated his job and that this guru charged him $700 before never speaking to him again. The guru promised to teach Tolley how to make over $2,000 monthly with his new online business but what did he do? Take his money and never messaged him again. Tolley tried tirelessly to get his money back, messaging and emailing him daily but to no avail.

I felt awful for Tolley because I’ve heard bad stories about dropshipping gurus in the past. Because I had a more credibility on Instagram (a bigger following), the first thing I did was message the guru who scammed him out of his $700. I didn’t mention him once. Not Twice. Three Times! After the third time, the guru finally decided to refund Tolley his money.

Tolley was overjoyed to get his money back. However there was still one problem. He hated his job and desperately wanted to start an online business. That’s when the fun began…

Dropshipping Academy has not only served over 250 successful students, but it also comes with my personal guarantee…’if you don’t make money in the original program, I’ll work with you for as long as it takes, free of charge until you do.’ Tolley loved the guarantee and decided to give my Academy a chance. This decision, ended up changing his life

In the first 30 days we experimented with various types of advertisement platforms and positioning strategies. Tolley made his first $300 profit during this period, enough to help him cover his monthly bills and have enough left over for advertisement costs.

The next 14 days is when things began getting exciting. We finally felt as if we found the perfect advertising strategy using Instagram Influencers which related to Tolley’s online store.

I personally connected him with a few guys I knew and the next 14 days were huge! Tolley made $16,660.28 during this time frame, allowing him to quit the job he hated and focus more time on his business and family. I’ll never forget the second I received the message from Tolley. It was a simple message, saying, ‘Hey Chris, I just wanted to let you know I made over $16,000 this far in December. I can’t thank you enough for everything you did for me. Merry Christmas and God bless you!.’

The second I read this message I began tearing up. My goal when starting Dropshipping Academy was never to make money; my goal was always to help and influence as many people as I can. A few months later Tolley’s store is still crushing it! He’s currently in the process of opening a second store which he hopes can exceed $40,000 in monthly sales! 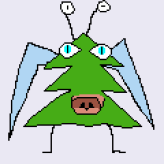