Ravi Abuvala is a 25 year old entrepreneur from Atlanta, Georgia. Growing up, he was following the traditional path. Doing well in school, and after high school he was accepted into Florida State University. After being accepted, he was on the path to become a lawyer. He even took the law school administration test, and scored top 10% in the United States. Very quickly, Ravi discovered this wasn’t the path for him.

Ravi was in search of three things, Time, Financial, and Location freedom. He quickly discovered the only way to achieve this feat was online entrepreneurship. So, he quickly started doing his research and trying to discover which business model best fit his needs. He stumbled upon digital marketing, and immediately dove into the trenches of entrepreneurship.

After starting, he scaled quickly and worked with many different business models. After trying many niches, he landed on real estate. He had always heard that Real Estate sales was a very hard market to succeed in, and if he could solve an issue, he knew he would be compensated heavily.

After testing many different facebook advertising strategies, he created his “Commissions on Demand” system. At the time it was created, Ravi had no idea about the way he was changing the industry and the massive problem he was solving. After putting multiple systems in place with relentless work, he discovered that this method could help agents find pre-screened and qualified home buyers through the internet.

In the past 14 months, his system has generated $178,000,000 in home sales for his clients. Ravi has spent millions of dollars on facebook ads, and is constantly generating 30-50 appointments a week for his clients. Ravi is also the youngest Real Estate Brokerage Owner in Florida. Ravi has systemized his company so well, that he is traveling the world while his systems are running on autopilot.

Ravi has had massive success in business in under a year and a half. More than anything, he has ultimate freedom in his life now. Ravi is a systems master, and has proven that putting the right systems in place can truly make a business run on autopilot. Ravi is truly building his empire, and it’s exciting to see what is ahead for him. 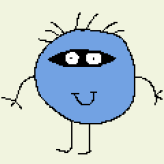