Online education seems to be the new fad for formal and informal schools adopting a distance-learning platform. But, if one looks closer, they can see that the industry of education has forever changed. The positives are enormous, including the convenience of working from home, no transportation costs, and not requiring a visa. People from all corners of the world are brought closer together and experience a greater sense of equality of opportunity.

Most will think of formal education when observing the effects of this online revolution, but companies catering to all types of education are important to consider. Languages and certifications are complementary to any university degree, as globalization and technology are two factors companies must think of while hiring new employees. Muhammad Al Andalusi, an entrepreneur based in Makkah, Saudi Arabia, understands this need for an education that is both affordable and top quality. In 2019, he founded the Andalus Institute, an online school that teaches Arabic in its 15-month program, Arabic Like An Arab, garnering rave reviews since its inception.

Al Andalusi dropped out of school when he was 16, a risky and daring move that resulted from his passion for Islamic studies and a lack of interest in the Western system. He found his way to Egypt, studying Arabic for six whole years. This immersion into the language and surrounding society enabled Al Andalusi to teach if he wanted to, but the road was not clear just yet. Al Andalusi worked in Britain for some time as a delivery driver and started several online ventures that fell through, but he always knew the secret ingredient to his winning formula would be Arabic.

Al Andalusi brought together his Internet entrepreneurial skills, his passion for Arabic, and a sufficient understanding of the worldwide demand for accessible, top-grade pedagogy. The institute’s cohort includes natives from New York and Paris to Singapore and India and many other countries in between. Online education holds a certain cosmopolitan characteristic, allowing far apart societies to mingle and interact. And people love it. The Andalus Institute brings in anywhere from $20,000 to $50,000 each month, this progress achieved only six months after its launch. It’s a testament to the changing constructs of the modern education system, with people valuing convenience over traditional modes of learning.

Online schools will most likely take a (long) while to replace the physical bastions of knowledge still standing to this day, but they certainly have become worthy competitors. Still, attending school in person has its benefits that outweigh the costs for many, so the question posed to Al Andalusi was whether he would ever establish a physical location for the institute. Al Andalusi replied that he would not, quite satisfied with his accomplishments so far.

When an Andalus Institute student logs into their account, there is a number of diverse resources to track their progress. Vocabulary lessons are the main material, all pre-recorded, while there are live weekly sessions for conversing with other program members in gender-segregated spaces under Al Andalusi’s supervision. Although the course is self-paced, there are always instructors on call to help and advise. Supplementary resources are completely digital and in printable format, while there is a Facebook group to facilitate discussion among the students over class assignments.

The key to a successful online school is preserving the sense of community found in normal, in-person spaces. In addition to the Facebook platform, Al Andalusi runs an Instagram account, a means for communicating relevant class material through entertaining Reels and Stories, while also documenting his travels throughout the Middle East and North Africa. Al Andalusi’s mini-vlogs give a more human aspect to the business than any other school normally would have. The head of the school is approachable and available to talk 24/7, an uncommon feature elsewhere.

Even better, there are no official dates to enroll: pay the fee (currently at a discount of $997 instead of the usual $2,000) upfront or in monthly installments and get started right away. The flexibility is perfect for any student with other major commitments, such as a full-time job or a regular degree program.

A mixture of online and in-person learning is one of the ways educational institutes are preserving themselves and reaching more clients in this day and age. But a purely online platform allows Al Andalusi to focus on expansion, rather than just catering to a model becoming less and less visible. Al Andalusi’s clear grasp on the importance of time, various learning techniques, and different financial abilities, plus other factors, has enabled him to cultivate a reputation of effective teaching and student satisfaction across the board.

You can connect with the author on LinkedIn here. 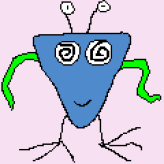