In today’s online economy, opportunities to make money online are endless. While starting your own business and becoming a digital nomad sounds like a pretty sweet deal, it is certainly no walk in the park. Running your own business requires hard work and discipline that not many people understand. The media has glamorized the lavish lifestyle of e-commerce gurus without revealing how to achieve their level of success. That is until Roman Cresto entered the scene and decided to share his success and strategies with others, including us.

Somebody once said, if you can make one dollar, you can make a million more. How exactly do you go about making it? How do you start your own business, what is the best approach that is proven to work? And how do you scale your business to make a passive income each month and allow you to achieve financial freedom and enable you to truly live your life to its fullest? While there is no get rich quick solution, there are business models that have been proven to generate sales and income, and with the right guidance, can be scaled to six-figure businesses in no time.

As with any business, starting your own E-Commerce venture requires taking a risk in hopes of reaching success, and if there is anyone that understands that risk, it is Roman Cresto and his team at Empire Ecommerce. Roman was only 18 when he decided to drop out of university, where he was studying engineering, and pursue his entrepreneurial dream of creating a business empire. Roman, although one of the youngest in the field, revolutionized the Amazon drop shipping space by applying his extensive digital marketing knowledge and growing his profit margins to over 30%, while the industry average remained around 10%.

Roman’s success at growing his own business into one of the biggest drop shipping companies in the nation has earned him a seat at a table filled with only the best business leaders and mentors. By applying the knowledge and experience he earned from working closely with the best in the field, he set out to transform the businesses and lives of others close to him. He was able to test out his revolutionary strategies in a variety of niches, transforming each into a successful business venture. Roman realized that what truly makes him feel accomplished is helping others achieve the level of success he has been able to achieve, leading them to financial freedom. This gave birth to one of the best dropshipping management businesses in the nation, Roman’s very own, Empire Ecommerce.

In the last two years, Empire Ecommerce has grown into a Multi Million Dollar company that has helped 200+ Amazon and Walmart business owners scale their business and profit margins, eventually automating them to truly transform the lives of those that decided to take the leap. Roman and his team currently manage a group of Amazon businesses and provide ongoing coaching and mentorship services to those looking to get started in the dropshipping venture but also offer Walmart Automation for those who don’t seek coaching. Roman is determined to provide support to the upcoming generations of entrepreneurs via his own experiences and lessons he learned through trial and error.

If you have ever considered taking the chance on becoming your own boss and escaping the monotony of the 9-5 lifestyle, allow Roman Cresto and his team of experienced coaches to mentor you through the process. With your drive and their expertise, your dropshipping venture ought to be a success! 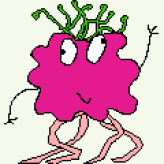 BrandBerry Unlimited is a boutique Public Relations firm focused on positioning their clients as authorities in their industry through high level, value-driven press release campaigns.