Meet Danny Chavez, the 20-something in Charge of Wooing Companies to America’s Seventh-Largest City

Danny Chavez is a hometown hero of sorts. But where most hometown heroes are from relatively innocuous cities where any accomplishment more daring than joining the local PTA raises eyebrows, Danny grew up in San Antonio, Texas- the seventh largest city in the United States.

The son of a retired Air Force Colonel (San Antonio contains the massive Lackland Air Force Base), Danny has networked and put in the sweat equity necessary to work his way up to the Vice President of Business Development for his hometown’s Economic Development Foundation.

Tasked with recruiting businesses to set up shop in San Antonio, the linchpin of a 2 million-person metropolitan area, Danny is by far the youngest member of the San Antonio Economic Development Foundation brain trust.

He is also an accomplished entrepreneur, developing in tandem a duo of applications, Epux and Iconomi. Danny is well-situated to capitalize on the future development and growth of one of America’s largest, most interesting and multi-ethnic cities.

Great having you here Danny, tell us more about the work you’re doing with your app development company, Epux and your new venture, Iconimi.

As a co-founder of Epux [a full-service app development venture], we are working on some exciting new projects and transitioning components of our business model to focus more on e-commerce website development and application prototyping.

With nearly every business needing some form of website or mobile application, the lead pipeline is extensive and with our capabilities; we can really drive the conversation on cost, which benefits our clients. By transitioning our business model to prototyping first and then to full app development, we are able to show our customers what they are purchasing and how it will function without the price tag that comes along with full-on development.

This differentiates us from the competition as the web and application development market at-large is extremely overpriced and inflated. So far this transition has been extremely successful and allowed us to focus on our own app ideas and side projects, more to come!

Iconimi will also seek to develop technologies in the commercial real estate industry.

How did you come up with the idea for Epux and Iconimi?

For Epux, the founder of the company, Clint Campbell, had a vision to tap into the market for mobile application development… exploit[ing] the industry’s price gouging practices. He approached me with the co-founder idea and we’ve been able to do some cool things ever since.

[We’ve developed] our first app called “Called Out” which is a B2C application that incentivizes consumers to visit restaurants and bars to take their respective challenges for a discount or prize. The app generates content and drives customers to businesses that are listed on the app and it also provides the consumer with an incentive to complete challenges by visiting the venues on the app.

Iconimi is my business case answer to a common problem and issue that, through my experience, has plagued startups looking for investors and for investors and companies looking to acquire and/or outright purchase startups. It is an investment “finding” and an outsourced business development practice.

The business simply addresses critical gaps in the process of raising capital, acquiring new capabilities and finding new business deals in the form of consultancy with a zero cost/ zero risk position to all clients until completion of a deal. It also applies to all industries which keeps the list of potential clientele network vast and helps companies in any industry find potential investors.

How did you transition from working in a high level administrative role for the San Antonio Chamber of Commerce to being sort of a serial entrepreneur and application developer?

I have been an entrepreneur since college when I started a company with a friend, called Clear Bright Headlights. Ever since then, I have been involved in starting several companies and cofounded/founded several of my own.

I enjoy the process of putting an idea out in the market that you think can be a potential game-changer. A majority if the time you enter in to the business planning process knowing the odds are against you, however, it makes your first taste of success that much sweeter.

To me it’s an exhilarating process and something that I love to be a part of. It keeps me going!

What is it like having to recruit businesses to San Antonio when the extremely hyped and well-known (in terms of tech and entrepreneurship) city of Austin, Texas is just a stone’s throw down the road?

I’ve never found it to be an issue; Austin has its economic strong suits as does San Antonio.

Both cities are growing into a larger metro and will rely on each other to raise the economic profile of central Texas. Austin has traditionally been a hub for tech; however, Austin is more expensive than the rest of Texas and is considered a growingly saturated market in the industry. San Antonio is a hub for cybersecurity and has a viable tech talent pipeline and start up scene that is notably not far behind Austin according to the Kauffman Index [an aggregator of new business creation activities in the United States].

However, San Antonio’s Achilles heel has been it’s marketing of its own assets in the tech industries and it’s lack of urban development that caters to the workforce of the future. Both of those factors are now are changing rapidly and it makes my view and recruitment pitch pretty simple.

I am of the belief that spillover economics is taking place in each of the cities and that by investing in the metro, the region will become stronger by expanding the talent pool and potential clientele for companies moving in. Specifically companies looking to cost offload from the tax-heavy states on the coasts. There is a term thrown out there loosely called the “Silicon Hills” coined from the area of Texas called the “Hill Country” which represents the tech regional assets from Austin to San Antonio.

I see this as one of the strategic advantages that makes recruiting tech companies and entrepreneurs to San Antonio, easy, aside from lifestyle and cost.

What advice would you give to other graduates who, like yourself, went to regional universities and want to break into a big market like you have, but may feel disheartened that their brand isn’t as strong due to the name of the college on their degree?

[I’d say] that college degrees are just a step in the door when it comes to applying for jobs and going to the markets in which you want to start your career. I’ve found from my colleagues and personal career path that there is very little correlation (if any at all) between going to a big university and climbing the career ladder.

Companies want to stay competitive and ahead of their competition in recruiting talent, wherever they can find it. This trend in the economy at this time favors the job seeker. My advice would be to choose your city or market wisely. Once you have decided on where you think you want to be, do a competitive analysis on your skills sets, demand for those skill sets in the chosen market and talent pool of those qualifications/ skills in that market.

If all of that favors your desired city, focus your efforts on building a network in the city you’ve chosen. My advice would also be to never think that because you went to a smaller school, that your brand isn’t as strong as anyone else.

Focus on building a network where you want to be and you’ll find that the further you are out after graduation, the less people are concerned with where you got your degree. More so they care if you are able to do the job.

Please share with our readership the best entrepreneurship advice you have ever received.

You’re only as good as your word. If you don’t keep your word, prepare to fail. It’s really not that hard to be great, if people can trust you and rely on you.

I see myself getting more involved in the commercial real estate and urban development industries; these are genuine interests of mine that I would like to further become a part of.

For Epux, my hope is to increase our clientele base and see the success of our own in house app ideas like “Called Out” and a few others we are working on takeoff. For Iconimi, I would like to grow the company to place where it is directly driving corporate and capital resources & investment into the markets the company serves. 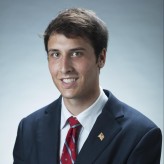