Blockchain technology is currently being used to remedy inefficiencies associated with outdated business practices in a large number of industries, from banking to cloud storage to retail. Through participation in an initial coin offering (ICO), individuals can gain an exposure to this wave of industrial upgrade and, here at Insider Financial, we’ve been on the lookout for what we deem some of the most promising exposures.

One that tops our list right now is TravelChain.

TravelChain is a fresh technology company that’s trying to reinvent the travel industry. As things stand, the US travel and tourism space are essentially duopolised by two behemoths – Expedia Inc (NASDAQ:EXPE) and Priceline Group Inc (NASDAQ:PCLN). Through their individual primary brands and a host of secondary monikers (Priceline owns Booking.com, Kayak, and OpenTable, among others, while Expedia owns Travelocity and Orbitz), these two companies basically control the way people travel – where they stay, where they eat, what they visit, and more.

At the same time, they also collect vast amounts of data rooted in an individual’s travel habits and preferences – data that, right now, is only available (due to cost barriers) to the biggest companies in other industries (restaurants chains, entertainment venues, etc.).

This is great if you’re a Priceline shareholder but if you’re a small local business, a restaurant, for example, and you’re looking to attract travelers, it’s incredibly restrictive.

TravelChain is trying to change this situation.

The company has created what it calls the TravelToken. TravelTokens are the cryptocurrency that underpins the TravelChain ecosystem and they’ll be distributed in TravelChain’s upcoming ICO.

It works as follows: TravelChain is a public blockchain that serves as a database of information surrounding the preferences and habits of individual travelers. Through the TravelChain platform, users (the travelers) share data about their travels. If a user goes to Berlin and enjoys a particular meal, he can share that data through the platform. If another user goes to Paris and doesn’t like her trip to a museum, she can share that data as well. All of the data gets stored on the TravelChain blockchain and TravelChain makes this data accessible to anyone who wants to look at it (for a fee, of course, more on this in a second).

So how is this different to all of the other traveler data/review type entities out there right now?

Well, for a start, it’s not owned by Priceline or Expedia. More importantly, however, and this is why we like this one as an ICO exposure, it’s designed to incentivize users for sharing their data.

When the man mentioned above logs the fact that he liked the Berlin restaurant on the TravelChain blockchain, he’s rewarded with some TravelTokens. Same with the woman in Paris. These tokens will be traded openly on the major cryptocurrency exchanges, meaning the users that accumulate TravelTokens on the back of their activity within the TravelChain ecosystem are being rewarded monetarily for their participation. This is the first time that users are rewarded financially (and directly) for sharing data about themselves and their travel habits. To put that another way, it’s no longer Expedia that’s sharing your travel data and getting paid for it – it’s you, the traveler.

And it’s not just the travelers that stand to benefit from this sort of direct-data setup. Businesses have access to the data in return for a fee, which is where the company will generate its revenues.

A hotel manager, for example, can identify travelers at the early stage of their decision making and can offer them tailored packages rooted in their preferences (as logged on the TravelChain blockchain). Compare this to the current standard practices in this space, where the same hotel manager has to spend huge sums on blanketed display or PPC type advertising and the improved efficiency (on both sides of the coin) become clear.

So when is the ICO and what should an investor expect after they buy in?

The token sale will start on Feburary 10, 2017, and will last until January 10, 2018. There’s a $10 million hard cap, a $3 million soft cap and a little over $600,000 has already been raised by way of a presale issue. The token sale will be done on TravelChain’s own blockchain, which will allow the launch of the working platform and avoid a conversion of the raised funds from ETH to TravelToken, a safer software solution with practically no human factor involved. All data regarding the collected funds is immediately recorded in the network, signed by delegates, after that, first blockchains are formed.

In terms of roadmap, TravelChain expects to launch a basic iteration of its platform by the end of March next year and to subsequently launch the TravelChain working network by June 2018. By the third quarter of next year, the company expects to have around 100,000 users on its platform and, by the second quarter of 2019, to have executed on the development and implementation of infrastructure solutions to scale up the ecosystem.

Bottom line: this is an industry that’s crying out for update and reform and TravelChain has the potential to achieve exactly that. An incentive-based solution to data aggregation and sharing means that not only are travelers being rewarded for creating and sharing data but that businesses have a far more efficient and effective marketing channel and, when taken together, both of these things have the potential to really shake up a dated and duopolised sector. 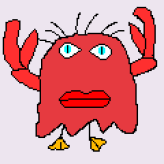