BlackWater: Out to dominate the crypto-mining space after launching the new wave of blockchain mining

BlackWater leads the charge in revolutionizing the crypto mining space by introducing the new wave of blockchain mining, offering the best option for investors aiming to accumulate discounted Bitcoin through a mining process sans the hassles of hardware procurement, operational execution, and system management.

“Last year, the total market capitalization of all cryptocurrencies exceeded $2 trillion – a reason why many institutions are now ready and confident to allocate capital in this field. The asset management business has become a prime example of this. This means the best way of owning bitcoin is mining. That’s where BlackWater comes into the picture,” a representative said.

With strong strategic relationships with mining vendors, BlackWater will provide competitive pricing to offer below retail price mining equipment. A robust additional aspect of this program is the freedom and security of the investors to receive their monthly distributions to the bitcoin wallet of their choice.

BlackWater is partner focus – a simple yet effective profit-sharing business model directly incentivizes the program to operate efficiently and effectively throughout the entire lifespan of the investment.

Security is also one of BlackWater’s most vital assets. Functioning with 24/7 security, the program’s machine that handles mining management is beyond secured and protected. The program also partners with industry leaders to stay updated on software and hardware development advancements. BlackWater is led by skilled, successful, and serial entrepreneurs who have been playing in the field exceptionally.

Led by a 31-year-old CEO, Marcello Cantu believes that BlackWater’s future is a sure success. Currently, Marcello is the CEO of Project WiFi. In its total success, the company has generated over $23 MILLION in combined revenue over the past two years, with experience of growing from $100,000 in sales to over $23 MILLION merely through social media. According to Marcello, the company’s workforce talents and dynamic partnerships are one of the reasons for its success. He has taken a lot of transactions and turned them into business relationships.

“CEO has been my title for 21 months. I’ve realized that being a CEO is to be a servant. My main objective is to support our clients, consumers, and employees. The entire ecosystem. As a leader, and with my team, I have created a culture of self-sacrifice for the ultimate good of our company and the blockchain network.”

From working at a young age to developing web applications through freelancing with former friends and colleagues, Andy has always been an entrepreneur at heart and loves learning new technologies – the reason why he became curious about internet ventures and started a Minecraft Hosting Company at the age of 14.

Completing the team is the CFO of BlackWater, Joey Fraser, a young entrepreneur who has a strong background in sales and entrepreneurship. Joey saw an opportunity with these people, Marcello Cantu and Andy Ta Kong, and chose to pursue a chance with them and their business.

Joey started as an unpaid intern role, where he assisted in sales and operations. Over two years, Joey brought in over $600,000 of revenue from his network, provided ongoing staff to the Project WiFi organization, and contributed ideas that led to what Project WiFi has now become.

Those who want to learn more about BlackWater and its bid to dominate the crypto mining space may visit the website for more information. 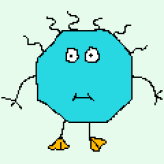 Willa Porcher is an Associate Professor of Journalism at Yale University and a creative writer with expertise in marketing and branding. She has written extensively about tech start-ups and emerging founders, contributing articles to various publications such as The New York Times, The Atlantic, Wired, and more.