From being a player to scouting players, Sports is still an emerging industry in India according to Rashid Ali Khan

Rashid Ali Khan has been a sports person and has played Basketball as well as been a boxer at the National levels in India. While most 12-year-old are in school concentrating on getting higher scores, Rashid was playing in different cities every few days and earning medal after medal. By the time Rashid was 16, he was selected to play Basketball for the Indian Army through the Rajputana Rifles regiment. After serving the army, Rashid decided to make another mark in the field of sports by diving into Sports Marketing and Management.

Rashid was selected by Outlook India Magazine as one of the top sports managers in India in 2016 as well as was featured by Sports Illustrated in 2014 for his contribution to the sphere of sports marketing. Rashid, having worked with few Fortune 500 companies right at the beginning of his marketing career, carved him into being more than just a start-up entrepreneur. He has a proven track record and reputation in dealing with all aspects of sports as a commercial industry.

Rashid was born in a humble family in a village in India named Bara in Ghazipur District, U.P and brought up in Rourkela, Orissa. With elder siblings in the house, him being the youngest, and his father being the only earning member, economies of the house were not always in optimum condition which made him realize that our life is in our own hands and we have to pave the way to success ourselves. With most members of his family working for government organizations or other industries and having no business acumen, Rashid learned the ways of marketing and management of a business through his own experiences. He worked really smartly to create his own space in the sports world as & when he could while working for the Fortune 500 companies.

For example, while working for Luxottica India and being the Brand Head for their sub-brand Oakley eyewear, he launched the biggest sunglasses in the world and had Indian cricketer Yuvraj Singh become the brand ambassador for the same. The interaction and the bonding built with Yuvraj Singh during that time got him thinking that this was his way to start carving his way back into the field of sports. From that point forward, began his journey towards his future strategies of having his own business.

But every business has its ups and downs, like his first partnership firm came to an end very abruptly making him face losses, which was a learning that most entrepreneurs have to go through sometime in their career. Therefore, Rashid’s main message through his career has been that ‘opportunities come and go but they go only after they have completed their purpose. Take all the opportunities but never depend on them to stay forever as they will surely be replaced with something bigger.’ Having done his MBA through distant education, he believes it, was just to get a namesake degree in hand as he was never too inclined towards studies and getting degrees, because on the field degrees don’t work, you do. Being a motivational speaker as well, he teaches youngsters that, the real world is very different from what is written in theory and the rate at which the real world is changing, theory cannot be matched to that speed & so practical knowledge is the only knowledge.

Every adult around the world is aware that after spending 5 years working for an organization, your next shift will never ask for your degrees and only your work experience will be counted.

Rashid is the Founder & Director of Significant Sports & Entertainment and Ritaayat Foundation, an NGO working towards development of sports in India especially with girl & women athletes in mind. His work has been featured in various top-tier publications, such as Outlook India, Sports Illustrated and others. He is named one of the leaders of sports management by many reputable mainstream media sources. He has spoken about sports and marketing & sponsorships to audiences at several universities around India. He also has a penchant for languages and speaks fluently in 12 different languages of India. 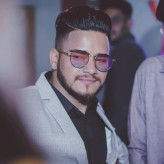 Prakash Neupane is a singer, writer, poet and rap artist from Nepal. He is also engaged in writing, blogging and journalism.