Twenty-two-year-old Hayden Hall, founder and CEO of ClassRanked, an educational technology company and college registration tool, is a trailblazer.

Every year, over 20 million college students register for their semester courses. More and more, students are turning to online platforms to help with enrollment. Two years ago, Hall and his friends, Dilan Trivedi and Max Labaton, were like any other students – circled around their computer screens in a dimly lit dorm room in Edens House at Duke University deciding which classes to take. Existing sites, such as RateMyProfessors, with 10-year-old subjective and unhelpful reviews were not going to cut it. The trio asked around the hall for suggestions from friends and began messaging others using platforms such as GroupMe and Facebook. It was clear to Hall that the system was antiquated and ClassRanked was born.[/vc_column_text][/vc_column][/vc_row] Two years later, Hall and his team have significantly expanded, hiring more developers and recruiting a large network of brand ambassadors. The company utilized this marketing strategy as a low cost way to reach hundreds of thousands of students by identifying student influencers and having these students promote the site to their social circles.

The website that started as a hobby project to help fellow students has now launched at over 350 colleges and universities nationwide. ClassRanked has added more data and features as well. With over 450 Million individual grade distributions, the company offers concrete data on student performances in classes. They integrate that data along with end of the year surveys, user reviews, and machine learning schedule recommendation functionality to comprehensively take the guesswork out of registration. The team even enabled users to upload course resources in August – already accumulating thousands of syllabi, study guides, and old exams.

Though young, with most of Hall’s team under the age of 25, they have no plans of exiting anytime soon. Hall says that as ClassRanked’s user base continues to grow, the company is focused on adding new features to revolutionize the experience of his college aged peers. ClassRanked is ready to compete directly not only with other review sites such as RMP but also larger educational technology such as Chegg and Course Hero in the future. 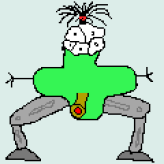