Not everyone has suffered a major loss during the pandemic. For many, particularly entrepreneurs focused on making a name for themselves leveraging social media, the pandemic has only served to propel them to the next phase of their careers.

One of the platforms that has seen the greatest surge in engagement is YouTube, with viewership, and subscribers, both up considerably in 2020 compared to the previous year.

With people confined to their homes, it only makes sense that people would hunker down and begin consuming content at higher levels. A lot of this content, invariably, has been content that can elicit some laughter.

Considering how tough the year was, most people enjoy finding content, particularly video content, that can make them laugh.

Kyle “Stromedy” Godfrey, is in close contact with this need— so he regularly puts out funny, outlandish videos on his latest YouTube channel “Stromedy.”

Now with close to 3 million subscribers, the channel’s videos often include pranks, and wild off the cuff humor.

Godfrey, at only 22, views YouTube not just as a branding tool but a potential lifeline for other young people seeking an opportunity to make money— and find freedom—as content creators.

Kyle Godfrey was born and raised in Canada, and knew he was meant for something more than what his family and friends expected of him. So by the time he was a teenager, he began playing around with YouTube while working a part-time job, determined to make a name for himself.

“Many people in high school and in life would advise me against doing YouTube,” Godfrey commented.

But his persistence paid off. His first channel became so successful that he was not only able to purchase a property in Canada, but relocate to Los Angeles, California and start a social media incubator, “Prime Capital” for other creators eager to follow in his footsteps.

Now, in the midst of the coronavirus pandemic, he and the 12+ creators signed to Prime Capital are all on the path to growth.

“Currently over 12+ people are signed to Prime Capital and all of them have gone from $0 earnings on YouTube to now seeing minimum 5 figures a month.”

Godfrey plans to continue producing regular content to scale his Stromedy channel, while, of course mentoring and growing the creators working alongside him with Prime Capital.

With hard work and creativity, even during a pandemic, anything is possible. 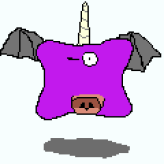