How Clonefluence Inc. and Justin Grome Are Taking Over the Music Industry

Over the years, Justin Grome learned a lot about himself including that most of the world revolves around money. Justin was fortunate enough to receive a Canon T3 camera for one Christmas when he was 11.

Back around that time, Instagram was just starting to get popular so he used his newly received camera and started uploading nature pictures with less than a few hundred followers. One day Justin discovered hashtags and utilized them only being 11 years old, and his pictures were instantly on the “Popular Page” for the Instagram veterans out there. This immediately helped raise his followers to over a few thousand before the age of 12.

Later, noticing that he could make money from social media, other artists and photographers kept asking him for shoutouts and to get posted on his page. Justin started out making minuscule amounts of money doing shoutouts on his page before Instagram stories existed and before he was established.

Instagram was his main platform for photography, but Twitter became the platform where he let jokes come loose. Originally utilizing Twitter to give advice to people, he led people to memes which they would go crazy for. His memes reached over 100 million Twitter users in one month and just 25 million impressions on a single tweet.

Famous Instagrammers like thefatjewish and others would post his tweets all of the time. Justin’s tweet was retweeted over 500,000 times and favorited over 700,000 times. The tweets would reach so many people that BuzzFeed featured him for having the funniest tweets of the year in 2017.

Worldstar featured Justin on their Instagram as well as accumulating over 50,000 comments. Justin was then able to build the platform he dreamed of having on top of his photography.

He began to become the face of another notable app, iFunny and just about every starter meme page, but this was only the beginning. The followers racked up over the years, not just from the tweet shown above but from countless tweets posted every day that reached hundreds of thousands.

While his platform was very popular, he used the time to form a social media agency, Clonefluence Inc., which was launched on July 15, 2017. Justin directed a lot of traffic from his page towards his agency. He always had a love for music so Clonefluence started out only doing small promotions for underground artists.

Later, Clonefluence was able to market huge campaigns for mainstream artists. Today, Clonefluence amassed quite a resume and very positive reviews from the music industry. Clonefluence has worked with a plethora of artists including Kendrick Lamar, Riff Raff, Uncle Murda, YONAS, Kiki Rowe, Ponce De Leioun, and Skaa. This is when Clonefluence became his main concern because it was growing faster than ever. Instagram became his main platform of interest to display the talents of public figures.

Social media can make just about anything possible. 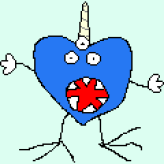