Nina Vargas, born Bernardina Vargas, was born on October 13, 1985, in Eagle Rock, CA (Los Angeles) with Mexican and Spanish roots profoundly entrenched by her mother, Natalia Garcia Robles. She completed high school required courses at the early age of 14 years and embarked on a JUMP PROGRAM by indulging in top-notch courses at the nearby college. Her mother solely raised Nina and her brother, David Vargas III and after her fifth birthday, Nina was unable to get the love of a father. Her mother faced adversities while earning a livelihood for the family and hustle towards every aspect of life inspired many people, which turn out to be a massive achievement for the Vargas family. This was the time when Vargas became inquisitive about fabrics and design. Apart from having an interest in fashion, she also appreciated basketball, pole vaulting, and obstacles which kept her competitive spirit active. During this time, a passionate side turned up through her commitment when she participated in a high school choir and ended up on a high note as the President of her Chambers Group under the direction of Ms. Rachel Lee. However, Vargas also strived for business and her dedication towards several core subjects like Mathematics, Economics, and Accounting. All which have now led to her success.

Vargas believes that every opportunity she got was benevolently viewed as a blessing. This thought encouraged her more to perform an ample number of tasks in the future which further empowered herself and the individuals around her in the industry. After empowering a few individuals, she came to know exactly what would work best for her career and proceeded with advanced education in Fashion Design at FIDM, Los Angeles where she would learn the intricate details of the study. Unfortunately, this step did not turn out to be fruitful for her as she was unable to obtain knowledge about business and had zero networks in this field. She was up for an incredible opportunity with Christian Dior but due to conflicts with one of her teachers, she missed it. This was not enough however, as according to her, it is more imperative to understand the business world and tactical elements of the design world which will assist her in becoming an adviser in the industry. Having a new approach to her direction did lead her to a time in her life when she broke down but thanks to the creator of 9HEADS; Nancy Riegelman, she found comfort in a role model who treasured her skills and aided to get her through the full academic program. At FIDM, there was one class that allowed Vargas to acquire knowledge about speaking in public scenarios, a talent she believes permitted her to widen influential and negation skills; key skills that led her to accomplish triumph in her profession.

Regrettably, her concentration and accomplishment in school was a veil to what was going on in the real world. She was faced with abusement in reality and due to the absence of a father in life, this made her timorous. In addition, this uncomfortable behavior left her in constant abusive connections in adulthood. A lack of a male figure combined with toxic relationships was like a bitter cocktail which is difficult to swallow. Her own life and professional life lied on the opposite ends of the spectrum as she is mainly focused on the exterior and superficial when she yearned for stronger connections with the truth. As she proceeded with her education and profession she realized that truth was not being told and numerous individuals, especially, women needed someone with whom they can communicate instead of being judged to accomplish more in life. This led her to become an honest voice in the masses. Marrying her knowledge in business and fashion along to overcoming self-growth; this was when she pledged to assist others.

During her studies, she made herself familiar with the retail market by working at well-renowned brands such as Armani A|X, Steve Madden, and The Jones Group. While working at Armani Exchange, she met Christian Lopez, who motivated her to achieve superlative opportunities in life. With this inspiration, she came to know about where her mindset should be and gave a thought that the industry needs people who can encourage, promote, and endorse new talent. After working in the retail market, she selected the corporate level would be next. She got hired at MAXSTUDIO.COM and this position brought her to New York City where the job was in wholesale and PR. Working there for five years, worked at other companies before becoming a Director of Operations for a marketing and fashion platform in NY. This would be the final step before focusing her energy solely on her own business; becoming a private marketing consultant by taking brands to the next level.

After obtaining success, she became a Women Empowerment Ambassador in 2012 and soon after the Editor in Chief and President of THE LA FASHION MULTIMEDIA INC in 2015 where this position has turned her into a significant figure in boosting the confidence of individuals, generally admired for her honest determination to aid people grow in their respective fields. Her assistance to the masses, her welcoming approach, and continuous hustle created her work ethic “trademark.”

Besides that, her latest accomplishments incorporate being accorded the 2018 Women in Entertainment Award for publishing with AEG and turning into their official Magazine Sponsor in 2019. She earned name and fame by receiving the Beverly Hills Publishing grant in 2018 and was welcomed to be on the Forbes.com advisory panel. A position she turned down. Most recently, she was approached to host a Beauty Panel for Unfiltered Experience in Las Vegas as a beauty Ambassador as well as being an Official Judge for ICMAD. Other past highlights include strong partnerships with the FNL Network, Art Hearts Fashion, as well as current partnerships with Mercedes-Benz Fashion Week Mexico, AEG WOMEN IN ENTERTAINMENT and numerous others that are still in progress. 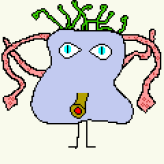