Three Telltale Signs That Your Method of Selling Isn’t Effective

It’s common to get that underlying, uneasy feeling when sales aren’t going quite as you hope. There are constant objections, it’s hard to keep the prospect on the phone, and others on your team or in your competitive space seem to be closing the deals more often. It may even make you think that you’re just not cut out for selling, or that you’re not as good of a ‘natural salesperson’ as others are.

Beyond the series of ‘no’s’ and the general sense that things aren’t working effectively, there are three telltale signs that it’s your mode of selling that may be the problem. Anyone can be good at sales if they learn the proper methods. Unfortunately, what I’ve seen over and over again when I’ve started working with students is that the larger majority of salespeople are still using an antiquated sales model that goes against what we know about behavioral science and how people make mental and emotional decisions. It’s not your fault; it’s simply the method that your company or, the (what I call) “old sales gurus” have taught you — the same method that’s been perpetuated over the years, even as the current day consumer has changed drastically.

I like to say that we are now living in the post-trust era. Consumers know when they’re being sold to, and they’re naturally suspicious of salespeople as a result. However, there are ways to circumvent this natural suspicion and build trust regardless. First, let’s understand the three telltale signs that you’ve been taught and are using the outdated sales model.

1. In sales conversations, you’re the one doing most of the talking.

Contrary to popular belief, sales should NOT be a presentation or pitch of all the features and benefits of what you’re selling. This is because humans don’t actually use logic in their purchasing decisions. They buy with emotion, instead — then justify those emotional decisions with logic. Even if the features and benefits of your product are spectacular, how they feel about you solving their problems and whether or not you can get them the results they desire are what matter the most.

I tell my students that the prospect should be doing 80+ percent of the talking — which, again, is totally contrary to everything that is taught in the old sales method! But, through asking specific, skilled questions that  guide the prospect to persuade themselves, trust is built. I teach these questions, which I named Neuro-Emotional Persuasion Questioning, in my course at 7thLevelHQ.com.

2. You assume that you know what the prospect needs.

Hand-in-hand with the mistake of doing all of the talking is assuming that you know what the prospect is looking for, and that it’s exactly what you’re selling. According to behavioral science, we actually try to resist it when someone tells us what to do. We want to arrive at our decisions by ourselves, and someone else assuming that they know what we need and telling us what we should do comes across pushy and makes the prospect run the other way.

The ‘assumptive sale’ can come across in subtle ways, such as pushing a time for a product demonstration or a first coaching appointment. It’s very important to listen to what the prospect has to say, instead. Your job is to be a problem finder and a problem solver, rather than a ‘product pusher.’ If you can assume anything, assume you know NOTHING about the prospect and you are there to learn from them and see how you can help.

3. You believe that sales is a numbers game

This is yet another sales myth perpetuated by the old method of selling. Believing that sales is a numbers game may make you feel better when it’s been a while since you last closed a sale, but this attitude won’t get you far. Sales should not be dependent on how many calls you have. It should be dependent on how well you connected with your prospect, understood their problems, the root cause of the problem and what the problem is doing to them. Then and only then will you present back how your solution can solve those problems they told you, and more importantly got to know your prospect, understood their problems, and offered them a solution only by guiding them there emotionally.

In my course, I teach the NEPQ method of selling so you can master the right questions to ask at the right point in the conversation. This method is intended to build trust and guide the prospect to persuade themselves, and it’s highly effective. Try it out for yourself if even one of the aforementioned signs represented your current sales process. 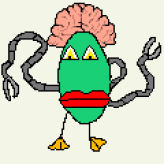