How do you know you’re ready for entrepreneurship?

Getting ahead in the world of entrepreneurship takes a certain kind of DNA. It takes gumption and skill. It takes a lot of attributes that people who are willing to opt for safe, regular jobs just don’t have. How do you know you’re ready?

When Steve Tan first started with e-commerce in 2005, he was twenty-one. And when he was first getting into it, he threw himself into every possible opportunity. Internet marketing, AdSense, blogging, SaaS, ebooks … you name it, he touched it.

But there was one thing that stood out from the rest: eBay auctions.

By the time 2006 rolled around, Tan was only seeing real success on eBay.

He focused on that avenue, but the experience from the other niches he pursued remained—and he put it to good use later, working through some failed e-commerce and crowdfunding ventures to reach success now as an e-commerce seller who’s brought in over $360,000 in one day through one particular store.

In 2014, he invested $2 billion in Oculus, a startup VR program. It was expected that Oculus would thrive, simply due to Zuckerberg’s involvement.

It didn’t. In fact, even after price cuts, Oculus couldn’t convince people to get into its VR experience enough to pay off on the investment.

Risk-taking is one of the foundational aspects of entrepreneurship. In fact, Zuckerberg’s on record saying that the biggest risk is not taking any risks. You have to be willing to take the leap.

3) You Can Motivate Others with Your Vision

John Rampton is a motivator.

He’s also a man who went to the very bottom, with his leg crushed, lying in a hospital bed and not knowing where his life was going to go. He started digging into innovative ways of doing business, taking advantage of early electronic marketing strategies like mass text messages.

From there, he transitioned into being a connector of people. He’s one of the top social influencers in the world in the field of entrepreneurship and marketing, and these days he’s known for speaking all around the world, coaching entrepreneurs and marketing other people.

One of the keys Rampton notes is to “promote purpose.”

Whatever the purpose of your business is (and you need one that’s beyond “make money for me”), you need to find a way to sell people on it. Purpose is an intrinsic motivator, especially for millennials, and great entrepreneurs have it in spades. Having a solid vision is absolutely key—first for yourself, then filtering down to others, because if you don’t have it they won’t either.

Rampton’s a great entrepreneur in his own right, but no one tastes success without being able to convince other people of their vision. You can only go it alone for so long.

Whether it’s employees or customers, you’ll have to convince them that your vision is what’s best for them. If you have that drive and that skill—or you think you can build it—you’re on track.

Entrepreneurship—and success in any setting—is founded on fast decisions.

Eric Schmidt, CEO of Google, used a principle espoused by former US General George Patton in his decision-making: “a good plan violently executed now is better than a perfect plan next week”.

Too often, the decision-making process wastes an insane amount of time. Most entrepreneurs you talk to will say that the biggest thing that helped them when they started out was just starting.

Taking less time to talk themselves out of it, less time checking what the pitfalls could be. There are many people who don’t succeed because they spend so much time deliberating about what should be done that they don’t actually do anything.

This isn’t a call to be rash. But it is a call to trim the fat from your decision-making. If you don’t get bogged down in irrelevancy, e-commerce entrepreneurship might be for you.

5) You Don’t Think Failure’s the End

Persistence is the hallmark of any successful entrepreneur. If you’re going to compete, you absolutely have to have a mindset that failure is not the end. Winston Churchill, well-known British prime minister and politician, noted once that “success consists of going from failure to failure without loss of enthusiasm.”

That sums up the entrepreneurial experience for many.

But if you have the resilience that entrepreneurs have, you won’t see failure as the end. You can reinvent yourself, do something different, try other things. And when failures happen, you’re decisive enough to not engage in the sunk cost fallacy. Cut your losses and move on.

Resourcefulness is a fundamental key to success. Yuri Kruman, well-known startup advisor, notes that some of his best advice for entrepreneurs is to “always be resourceful.”

When problems strike, what do you do? Are you able to make lemons into lemonade? Be flexible and take advantage of the tools you have on hand and you’ll never run into a failure or an obstacle that can’t be overcome.

If you’ve been thinking about leaping into e-commerce entrepreneurship, you’re on the right track. Make sure you see these signs in your character—make sure you’re aware of what you need to get the job done. And if you do, you’re set up for future success. 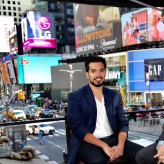 Imran is a Forbes Council Member & Contributor To Entrepreneur Magazine and many other publications. He runs his agency Webmetrix Group and currently lives in Florida with his Wife Aimee & their cats. His passion is studying how to get the best results in the least amount of time. He likes to write about educational strategies that will benefit other entrepreneurs.