A Look Into the Future: What Will the CBD Industry Look Like in 10 Years?

In the past few years, we have seen substantial advancements in a variety of industries. From technology to medicine, we have seen stocks soar and products fly off the shelves. The CBD industry is no exception to this economic boom. With a 2016 valuation of over $202 million, the CBD industry has set a precedent for the future of investing, pharmaceuticals, and federal law. I had the opportunity to talk to one of the leading industry experts of CBD, Mia Shark. After founding her company Kaliber Health she set out to inform the masses about the astounding benefits of CBD oil. With years of knowledge under her belt, I was able to see what the next decade looks like for the industry. Here are three major things to keep an eye on in the years to come.

If you were unaware up until now, CBD oil is now legal in the US and Canada. Twenty-three years ago, you couldn’t find a single piece of legislation that supported the use of cannabis, medical or recreational. So why the sudden change in heart? Scientists discovered massive benefits of a non-psychoactive compound in hemp known as CBD (Cannabidiol). Recently the FDA even approved the cannabis-based drug known as Epidiolex. Mia goes on to explain more.

“After research done by GW Pharmaceuticals, they had discovered the drug had a noticable effect on two forms of childhood epilepsy known as Dravet syndrome and Lennox-Gastaut syndrome.” Mia continues. “This was groundbreaking because this meant that the FDA had approved a cannabis-based drug and recognized the medical benefits that come from cannabis. Their approval of the drug goes against the schedule I classification of cannabis which classifies it as having zero medical benefits.”

It’s hard to say what effect this move by the FDA will have on the current administrations’ view of cannabis, but at the very least it is a step in the right direction.

So I asked Mia what we can expect from the growing market as federal regulation increases over the next decade.

“As of 2018 the market is roughly valued at $1.1 billion. With a growing list of people open to trying CBD, a larger variety of safe products will be made! As of right now however, there is a lack of FDA approval on CBD based products. Some products on the market are being made in unsafe conditions. So it is important to know where your product is coming from. All of our products show the lab results of the product via a QR code on each product. Nonetheless, over the next decade or so, you could potentially see a decrease in sales for traditional over the counter pain medications as people will likely prefer a safer, more natural alternative. Overall, the future of CBD Oil is bright and with that positive outlook you could see an increased number of people investing in CBD based products and companies.”

Medical Advancements for a brighter future

With only one FDA approved product on the market, it is difficult to say what medical discoveries we will uncover. What we can say for sure is that people are heavily researching cannabis and CBD oil. We will eventually see new hemp-based products hit the market. Ultimately this will cause competition to produce the most effective product and the average consumer will benefit. Mia has a bright outlook on the years to come in the medical industry.

“As you see with many different companies right now, competition typically leads to lower prices and higher quality. The only thing in our way is the amount of research that is allowed in the US under current law. As laws continue to change and people embrace the use of CBD oil as a medicine, we should see an increase of name brand CBD based products for public consumption.” 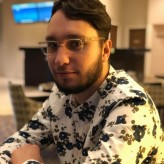