Advice on Building a Team Like an Explorer From Maximus Yaney

Maximus Yaney is a disruptor, entrepreneur, engineer, and avid inventor.

A serial dreamer and company builder, we were eager to sit down with him and discuss his outlook on picking the right people to bring into your business.

“Before he left on his famous Antarctic expedition, explorer Sir Ernest Shackleton took out a brief newspaper ad which has since entered the halls of legend. “

“Or so the story goes. Even if it’s more myth than legend, the ad has endured to the present day. And everyone, from space explorer to startup entrepreneurs, can learn something from it.”

Maximus realizes that business is slightly less deadly than exploration, however: “ Of course, with some exceptions, it’s likely that we won’t have to face the same sort of trials and tribulations as Shackleton and his crew. Unless you’re a member of the inaugural expedition to Mars, chances are you won’t have to face long periods of time with low supplies in a hostile environment (although that does pretty accurately describe a startup).

Still, the ad is a great lesson on building team culture and expectations. Also, it’s a valuable look into what people value, especially where it concerns qualities less tangible than salaries, such as meaning and excitement. For these reasons, Shackleton’s words resonate today, especially with entrepreneurs looking to build a team that will match themselves, especially in passion, skill, and ambition.”

The importance of passion in selection

Yaney says that “Building the team is the first step, and in many ways, the most important.” Whether you select people carefully or not, you will make or break your organization with your choices. A disengaged, unhappy team is the death knell for any business.

Consider this: in 2017, polling organization Gallup found that only 15 percent of employees worldwide were engaged with their jobs. In the United States, the number was slightly better, hovering at around 30 percent. There’s one caveat though: in the US, some 16 percent were actively disengaged, forming a small but vocal minority that complained about the direction of the organization, griped about coworkers, and in the words of Gallup staff, did “more harm than good.”

“One remedy for this is being fast to fire. If someone is wrong for the culture and bringing the team down, they need to go, for their own good and for the team’s. I’ve seen one bad apple destroy companies when leadership was unwilling to take the short-term pain of terminating that person. I’ve tried to work with people in the past if they’re dragging the team down and being negative; in each instance, the best outcome was a temporary improvement in behavior. The bad thoughts and vibes always come roaring back later on,” continued Maximus.

“In these cases, prevention is the best solution. I always select for passion, in particular, choosing people who are doing what they love–and would do it for free. To such driven people, getting paid is a benefit and a bonus, but not the primary reason for their employment.

Now don’t misunderstand me: pay and benefits are obviously important, and employees should receive adequate and comfortable compensation. What I mean is that most people choose their jobs for a narrow set of reasons: perhaps because that particular company could pay them the most for their labor, offers the best benefits, or in their minds, is the best, most strategic career choice.

Unfortunately, people who think this way also tend to be unhappy with their lot in life. Those people who didn’t sacrifice their ambitions or defer their dreams, instead of following their innermost desires, are the ones who are most committed to their careers (and companies). Whether that was a designer who toughed it out through the gig economy and eventually found a full-time role, or an engineer who loves the thrill of building things, all these individuals have one thing in common: they are super passionate about their craft–and they didn’t give it up for anything.”

The importance of “we”

Maximus tells us that these dream-chasers are not only exceptionally skilled in their chosen fields, but they’re also team players. You can’t fake excitement or passion, and both are contagious: truly committed, dynamic people who love what they do infect others with the same vibrancy they carry within them.

For that reason, one easy tip to screen for the talented and passionate is to look for the use of the pronoun “we” as opposed to “I” or “you”. When a job candidate uses “we” extensively, it tells me that they are excited about the future of the organization–and are imagining themselves as part of its shared future.

This isn’t to say that using “I” or “you” (when referring to the interviewer) is unacceptable. Instead, I will weigh how often a candidate uses “we” versus “I” or “you”, and then act accordingly. Is a candidate thinking of only what they will receive in incentives? Or are they already imagining themselves as part of the team?

Build meaning and trust your employees!

Before you hire a dream chaser, you have to understand several important things. First, studies have shown that meaning is actually more important than happiness, particularly where it concerns individual success. Studies conducted by a range of authorities, from universities to polling firms, have found that increasing meaningfulness at work can supercharge engagement and performance. One survey of 12,000 employees found that respondents who derive meaning from their jobs report 1.7 times higher job satisfaction and 1.4 times higher job engagement than those who do not.

Yaney went on to explain: “Trust is yet another important factor. When you hire a passionate, driven individual who takes pride in their craft, you must trust them to perform at their best. This is especially true at startups and young tech companies, which often poach top talent away from larger firms not with large salaries (these companies can’t afford that anyway), but with the promise of building something new and exciting. These people are taking a below-market salary and betting on the end result: the last thing they need is for you to exert power over them like a petty dictator.

Consider unlimited vacation, for instance. I’ve given all my employees this perk, simply because I trust them to take the right amount of rest that they need. I treat them as equals because I don’t want to hire a heartbeat.

And if you’re going to lead a team to tackle the tough missions–those widely regarded as impossible–then you’ve got to understand that trust, meaning, and passion all go together. If not, what can you offer your team? The promise of a strictly regimented workday and a deferred reward? Good luck finding people who will do that, especially in this economy.”

Maximus Yaney leaves us with a warning: “In the end, Antarctic explorers like Shackleton understood something very well. They grasped that people are willing to risk suffering and loss of life and limb if they are provided with meaning, glory, and ownership. True, you may not have to man-haul sledges of supplies over the frozen ice, but these values hold true for many organizations, and not just for explorers.”

“Ignore these at your peril.” Maximus Yaney is Co-Founder and CEO of Kangaroo; Co-Founder of Mohawk; Founder, CEO, & CTO of Titan Aerospace; and an ex-Googler. 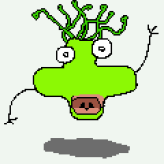