Why is it that dating nowadays is so much more complex than it was a generation ago? That’s the question that set off Elsa Moreck, an Austin based Millennial Dating Coach, on a quest for answers. After a summer hiatus across Europe and a detour in the middle east, Elsa noticed similar trends in millennial dating culture everywhere.

“I was blogging online about my frustration with modern dating and the pressure I felt to be married before 30, when I noticed I wasn’t alone. There were hundreds of women echoing my angry sentiments. The dissonance between the life you pictured yourself living versus the reality of your situation can be incredibly depressing. Especially when Facebook never fails to remind you that someone you know just got married.”

At the time Elsa was 23 and had plans to travel around Europe for a year to write a book, but she ended her trip early after a “romantic disappointment,” she shares. She explains that her disappointment was a result of a huge misunderstanding caused by her own battle with social conditioning.

“Basically, I needed sponsorship to stay in Amsterdam, and was expecting the guy I’d been seeing for less than two months to make legal shifts to prove the validity of our relationship. An expectation completely out of bounds with my core values. But I was being pressured left and right by my family for cohabiting as an unmarried woman.”

Having been raised in a traditional Lebanese household, Elsa was convinced the only way to her parents’ heart was a career in the sciences, namely, engineering or medicine, with law being a permissible runner up. Unfortunately, Elsa was drawn to neither and dreamed of being a writer or an actress.

“Do you want to starve?” was the question Elsa’s parents posed to her when she revealed the career track she was exploring. After being bogged down by the same response repeatedly, Elsa finally gave up and did it their way. “I studied Marketing with a minor in psychology, and became obsessed with becoming my own boss.”

But not too long after she graduated university and shared her vision of owning a coaching business, she was stunned to be met with the same ‘starving’ analogy from years prior.

“That’s when I realized my parents and I simply have diverging interests. They want me to play it safe, but I’ve always been a risk taker. So I set off to Europe on a one-way ticket to figure out for myself, once and for all, what I want from my life.”

It was also around that time that Elsa’s parents were poking her with questions about marriage. Her mother, concerned with Elsa’s lack of a clear professional track, was hoping she may at least secure a partner able to carry the financial load of them both.

“At some level, this messaging was completely infecting my mind. I, too, became obsessed with finding a husband because I didn’t feel like I could do life on my own. This need turned me into someone I’m not. When all was said and done, it hit me just how much societal pressure can mold us into inauthentic versions of ourselves and drive us to pursue lives that don’t align with who we are.”

Elsa confesses that she felt like an actress playing out a role during this phase of her life. She wanted to get married for all the wrong reasons, and luckily, her plans to do so completely failed.

“My trip in Europe didn’t necessarily show me what I want in life, but it definitely showed me everything I don’t. I never want to date from a place of scarcity, equating my value with another person’s willingness to accept me, or from fear of being married by a certain age. It’s just so limiting.”

Upon returning to the U.S., Elsa was determined to do things her way. She focused on growing her audience online by continually sharing her take on controversial topics, taught herself to speak and write Spanish, and eventually moved into her own place and started a coaching business.

“It was so empowering to make a lap around the world just to end up exactly where I was before I left: eager to shake the status quo.”

Now when I date men who don’t agree with my vision, I walk away. When they play games with me, I don’t waste my time. When you live life on your own terms, you channel a confidence that was unseen before. You dictate the tone of your interactions and only choose the best for yourself. That’s what I want for every client I work with.

We live in a world where social media and dating apps have changed the way we interact. The dating market is saturated, but people like Elsa are reminding us that it doesn’t matter.

According to her, “your only task is to stay in your lane and believe that what you deserve exists. Then, don’t waver in your faith and become the best version of you possible.”

As for Elsa’s reason behind becoming a Millennial Dating Coach?

“Millennials are statistically the loneliest generation in history. We’ve been taught to value love from other people over the love we have for ourselves. And with the rising use of dating apps and social media, we now have tools to feed that need for external validation more than ever! So my task as a coach is to make you fall in love with yourself and your life’s pursuit before you look for a partner. Because from that place, you can attract the love you deeply desire, and it sticks.”

Elsa is currently in love and running a thriving dating coach business in Austin, Texas. Follow what she’s up to on Instagram, or get in touch with her here. 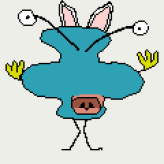