“Senator, We Run Ads.” – Facebook’s Scandal and What It Means For Advertisers

During the hearings, Congress exposed just how little they understand about Facebook and the internet, yet they are the ones who will pass these new laws and regulations.

Senator Hatch became a prime example of Congress’ ignorance when he asked Zuckerberg how Facebook can, “sustain a business model in which users don’t pay for your service.”

Zuckerberg cracked a smile and replied, “Senator, we run ads.”

The rest of the world looked on and wondered just what Senator Hatch thought the hearing was about. He clearly came unprepared to a hearing for one of the biggest and most powerful companies in the world, not even knowing the basics of how Facebook operates. This is all a PR game

Facebook has taken proactive steps, removing features from their platform, and publicly apologized for a “breach of trust” to appease the regulators in Washington. Zuckerberg will gladly accept new data laws or sacrifice a few advertising features to avoid new laws fracturing Facebook into multiple companies.

Meanwhile, Congress knows it needs to do something to appease the public, but they do not know what. In fact, they can not know what based on their level of understanding which is the real issue for Washington and Facebook users. Aleksandr Kogan sold the data from his app to Cambridge Analytics in violation of Facebook’s terms of service. When Facebook found out, they told Cambridge Analytica to delete the data which they did not. While Facebook could have taken additional measures to ensure that data was deleted, the “breach” was innocuous.

No credit card information or social security numbers were leaked, only information that was publically available on Facebook. The data Cambridge Analytica bought was no more useful than Facebook’s platform itself, and certainly, their data was far less powerful than the lists that are openly available for $200 on third party data sites.

Facebook does struggle to limit the circulation of fake news, but that is because the algorithm is non-biased; it simply rewards content with the highest engagement which is why we see inflammatory, political content perform so well. The algorithm rewards a fake news story for its high performance the same way it rewards a viral video or a great ad.

Larry Kim did an interesting case study on this where he demonstrated how easy it really is to publish a fake news site and  influence public opinion for pennies on the dollar, yet Larry did this without any stolen data or even third party lists. He simply used the targets available in Facebook. For example, “Likely to engage with political content (conservative),” is one of many available options for advertisers. With these targeting options and some repurposed, fake content, Larry reached over 4,600 people, earned 27 shares, and drove over 200 website clicks for just $50.

Is this not more powerful and direct than data from an app unrelated to politics?

We have an education problem, not a security problem

If you don’t pay for a service, you are the product. This is something that people fail to recognize as they readily trade their privacy for convenience and use their Google and Facebook OAuth credentials to log into other apps.

However, even if a big, red warning label on the sign up page told users their data would be collected and used for advertising, would we not still sign up for the excellent service that Facebook and other sites provide?

You can argue that it started with the telephone. Before the phone, advertisers could not call you in the middle of dinner to sell you their one of a kind, limited-edition, fancy gadgets. But the world decided to put up with those pesky cold callers for the ability to the call our friends and families from anywhere in the world with push of a few buttons.

Now, we connect with hundreds and thousands of friends online and see their lives unfold in real time. Younger generations are more connected and older generations can keep up with childhood friends.

The price? Our data which we readily trade away and will continue to do so.

Just think what will be possible in only a few years.

Voice search is on the rise along with virtual home assistants that have access to your home security, heating and cooling, and even your refrigerator. Everything will be blissfully easy.

Just speak a few words into your phone and you can order more milk from Whole Foods which will be readily delivered to your home, dim the lights in the whole house without standing up, and turn off the water from the airport before a long vacation.

No one will bat an eye at this technology until a breach occurs and the passcode to the lock on your front door gets leaked. Even then, people will carry on amidst the hysteria.

My guess is that the outrage and the #deletefacebook movement is nothing more than a passing cause. It’s entertainment and an opportunity to “fight the man.”

The same way that Uber still thrives despite a history littered with bad PR, Facebook will continue to grow and increase its advertising capabilities. Facebook will raise their level of scrutiny in their review process. Any snake oil advertisers or people relying on cheap, clickbait tactics will fail. Ad accounts are already getting banned left and right with no explanation from the review team, so spammy ads won’t survive.

Even us honest advertisers risk getting banned by mistake or for accidentally crossing the line. The Facebook review team only has about 5,000 employees to oversee ads submitted by the 5 million businesses using Facebook ads, so they are sure to make some mistakes even with the help of AI.

As such, there has never been a more critical time to invest in a proven strategy and holistic content. We recommend, at Blitz, that you create a 3×3 grid of videos that funnels your audience naturally from awareness to engagement to conversion. This way you aren’t relying on pushy, sales ads running to cold audiences which are often at the greatest risk of getting disapproved.

Our advice is to assemble a library of your best, evergreen content that you can use to promote your brand and your services and to leverage lookalike audiences, the most powerful type of audience, at the top of the funnel.

“May 10: After this date, you will no longer be able to create or edit campaign using Partner Categories built on audiences from the UK, Germany, and France; however, they will be allowed to continue running until May 24.

June 30: Last day for creating new or editing existing campaigns using non-EU Partner Categories; they will be allowed to run until September 30.

October 1: All other Partner Categories will no longer be available as targeting options on our platform and we will stop delivering against these audiences. You will be notified to update your targeting by this date.”

You may have noticed that Facebook recently removed estimated reach from Ads Manager. This means you will have to pay closer attention to your other key metrics as your audience moves through the funnel, like frequency and CPM.

Set up automated rules to stop any ads that have a high frequency to prevent burning out your audience. If the frequency creeps up too quickly, it means your audience is too small for your budget.

We have some other best practices to survive this Facebook Fiasco which I delve deeper into here.

When in doubt, come back to the fundamentals

The next several months, people will complain that Facebook is broken, complain about targeting options disappearing, or whine about ad prices going up.

Don’t fall for it. Most marketers just don’t know how to market on Facebook. The right strategy, which is comprised of goals, content, and targeting, will always succeed no matter what befalls Facebook.

Don’t let yourself get caught up in the media hype or in the circus on Capitol Hill.

Stay grounded in the facts and in proven processes.

Everything else is just noise. 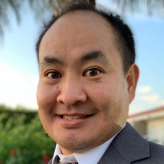 Dennis Yu is the Chief Technology Officer of BlitzMetrics, a digital marketing company which partners with schools to train young adults. Dennis’s program centers around mentorship, helping students grow their expertise to manage social campaigns for enterprise clients like the Golden State Warriors, Nike, and Rosetta Stone. He’s an internationally recognized lecturer in Facebook Marketing and has spoken in 17 countries, spanning 5 continents, including keynotes at L2E, Gultaggen, and Marketo Summit. Dennis has been featured in The Wall Street Journal, New York Times, LA Times, National Public Radio, TechCrunch, Fox News, CBS Evening News and is co-author of Facebook Nation – a textbook taught in over 700 colleges and universities.