Harry’s, a subscription-based model for grooming products went viral with a very clever campaign. Here’s how they did it.

Specifically this post will explain how they gathered nearly 100,000 email addresses in one week (!).  This post includes all the email templates, open-source code, and insider tricks that you can use to replicate their success.  It’s similar in depth to my previous how-to post, Hacking Kickstarter: How to Raise $100,000 in 10 Days.

Harry’s started small and grew quickly.  They now have 40 domestic employees, an online store, a barbershop in New York, and a thriving online magazine called Five O’Clock. Harry’s also recently raised 100+ million dollars to buy the 94-year-old German factory that makes it blades.  By doing so, they added 427 people to their team. Today, you can find Harry’s products on harrys.com, in select J Crew stores, and at more than 65 men’s boutiques and hotels across the country.

This is piece was written by Jeff Raider, Co-Founder and Co-CEO of Harry’s, with input from key members of the Harry’s team.

Prior to Harry’s, Jeff co-founded Warby Parker, a brand offering designer-like eyewear at lower prices, which also helped pioneer the “buy one, give one” model.

We can’t launch to crickets

We opened the digital doors of our shaving brand, Harry’s, in March of 2013.  In the weeks leading up to the launch, there was one persistent worry: Were we going to launch to crickets? Would anyone notice?

My co-founder, Andy, and I had spent the better part of two years researching the global men’s shaving market.  We’d found the nearly century-old German manufacturer who would make our razor blades, we’d worked with talented industrial designers to create an ergonomic handle inspired by fine pens and knives, and we’d laid the groundwork for the direct-to-consumer online brand that would become Harry’s.  We were excited to offer our customers a quality shaving experience at an affordable price.

Fortunately, Andy and I had a team of 10 who believed in our not-yet-existent brand as much as we did. We needed people to find out about us and come to our website to find our products. After all, a direct-to-consumer brand isn’t anything without the consumer. We couldn’t launch to crickets. We had to figure out a way to make sure that didn’t happen.

That also meant a lot of pressure.

Thanks to what you’ll learn in this post, our first week at Harry’s was a huge success. We were inundated by tweets, emails, and—our favorite—customer phone calls. It was an incredibly exciting time.

Much of the success of week one was due to what we did beforehand. One week beforeour e-commerce site went live, we had gathered emails from nearly 100,000 people who were eager to learn more about Harry’s.

We had collected those email addresses thanks to a one-week long prelaunch campaign, the focus of this post.

Since launching the campaign, we’ve shared it with friends and other entrepreneurs. Now, together with Tim, we’re excited share the details of the campaign —the thinking, the code, our strategy, and the results—with all of you. One of our company values is transparency. We believe in open source, not only for code but also for ideas.  And we hope this might help you or your business reach and engage with more people in a fun and constructive way.

Just one large disclaimer: we can only share what we did. We’re sure we made lots of mistakes (we make them a lot) and have no doubt you’ll be able to improve on our template.

The Most Credible Source

The idea for our campaign was built around our belief that the most powerful and effective way to be introduced to our new company was through a credible referral.  Thus, we focused on building a campaign that helped people to spread the word to their friends.

Ahead of our launch, Andy and I spent a couple of months meeting friends, entrepreneurs and virtually anyone else who would listen to us talk about Harry’s. Whether or not they were interested in razors, we tried to interest them in our story.  That list of people was probably a couple hundred long by our launch, and we created the campaign to help that group of people publicly share in the excitement of our launch.

We also took inspiration from other startups that we looked up to. Michael Preysman at Everlane is a friend and has built an amazing company. Early on they’d had success with referral mechanics. We also admired Fab’s launch and the manner in which they had success in promoting sharing.

So, inspired by those closest to us and some other amazing startups, we created a referral campaign.

The user interface of the campaign was relatively simple—a two-page microsite.

First, users entered their email addresses on a splash page. This first step was essential since we wanted to capture emails both for our list and so that we could use it as an identifier for tracking referrals.

The second page was where the referral mechanisms lived. It contained a shareable link to the splash page coded specifically to the user. Below the link were buttons to share the link through email, Facebook and Twitter with the click of a mouse. By sharing the link with friends, users had the opportunity to earn free product. The more friends who signed up using your unique referral link, the bigger the prize you earned.

Here is all the code for the campaign.  If you have trouble with that link, you can also download the files here.

The mechanics are simple. It automatically generates a unique code for every unique email address entered, and it appends that code onto the given URL. In our case, the link looked something like this:

When a referral—say, a friend of that first user—comes to the site using a unique link, we save it as a cookie we can use to find the email address responsible for the referral. For the engineers out there, you can see our engineering team’s explanation of the code here. As for the code itself, check it out here.

The code is, of course, important to creating a campaign.  In addition to sharing the code, we wanted to provide a few insights into how we thought about using it to drive growth.

We saw prelaunch as a way to make people feel special.

And the first people in the world to find out about our brand were really special to us. We wanted our first customers to feel like they were getting insider access.

The copy on the splash page said, “Respecting the face, and wallet since like right now.” These words were intended to be playful and introduce people to the purpose of our brand but also leave an air mystery as to what we were all about. We paired the line with photo of one of our razors, but we included no more information about our company or product.

For the call to action on the button, we chose the words STEP INSIDE. Above the field was a small drawing of a key. We wanted to reinforce for our early customers that they were getting insider access.

Our referral page had more enigmatic design and copy. A picture of a wooly mammoth was coupled with the words: “Shaving is evolving. Don’t leave your friends behind.” Again, we wanted people to feel that something big was happening to which they had front row seat and the opportunity to invite friends to join them. Our first customers were insiders and we wanted to make them feel like insiders.

The fundamental mechanic of our campaign was a game: complete the challenge of referring friends and earn prizes. It seems pretty straightforward—and it is—but we think that what those prizes are, and how they are doled out, is critical to getting people excited play. Not all reward structures are created equal. Here are a few things what worked for us.

First, we tried to make our rewards tangible: free Harry’s product. On the page, we very clearly emphasized, “Invite Friends and Earn Product.” It was the one message on the page where we did away with mystery and left nothing up to interpretation. We didn’t want there to be any doubt about what people might receive.

Second, we paced out the rewards so that they were attainable, appropriate for actions taken, and increasingly exciting. The first award was easily attainable and each subsequent tier wasn’t discouragingly difficult to achieve. To earn the first tier prize—a free shave cream—you had to make only five successful referrals. The next tier was only five further referrals. If you signed up ten friends, you earned a free razor. The jump between tier two and tier three was more significant but still not overwhelming: 25 referrals and you’d receive a shave set with our more premium handle, The Winston. Finally, even the grand prize was within reach: a year of free shaving for those who referred 50 friends.  Indeed, over 200 people achieved our highest referral tier. At one point we had considered offering a lifetime of free product for 1,000 referrals. We ultimately decided to scrap that tier, worrying that it would discourage people from participating at all, and — though we can’t prove that that decision bolstered the strength of the reward structure — I strongly believe it did.

Step 3:  Design and think of the whole experience

We wanted the entire experience to feel like a fun game. To amplify the experience, the campaign page included a tracker, pictured above, where users could see how many friends they had referred and what prize they had achieved—or not yet achieved. This dynamic progress tracker served the dual purpose of (1) giving users faith throughout the one-week campaign that we were good for our word and (2) keeping track of their referrals while also incentivizing users who were close to the subsequent tier to keep sharing.

It also amplified the fun people might have with the interface and campaign as they compared their progress to their friends and strived to reach the next tier. We heard from some friends that they took the referral campaign like a personal challenge.

First, we included social sharing buttons. You can’t rely on the user cut and paste the link (though do make it available for the user who prefers that method).

Clicking the icons pulled up a dialogue box with a pre-populated message.

This seemingly small measure was really important. It removed a barrier-to-sharing for the user and allowed you to push forward a message. 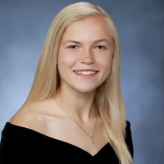