Meet John Danes. A 19 year old entrepreneur from Nashville, Tennessee. Growing up, he always struggled with academics. Attending multiple different schools, he was inevitabley tested for ADD every year. In spite of his lack of attention in the classroom, John was always a young hustler. He sold sneakers, golf balls, action figures and anything else he could get his hands on. As John entered his sophomore year of high school, his failing grades and poor behavior ultimately led to his expulsion.

Transitioning to homeschooling gave him the freedom to learn what he wanted, when he wanted. At sixteen, he dedicated most of his time and attention to building a very profitable business reselling sneakers. During his Junior year, he took the only class that he felt ever truly benefited him: Dave Ramsey’s Personal Finance course. Fascinated with money and the way it worked, he excelled in his studies.

During his Senior year he decided to launch a podcast, just as he had seen Dave Ramsey do. He used his profits from reselling sneakers to buy all of the equipment necessary to make it happen. While launching his podcast, he was also running his digital marketing agency, 99MEDIA. Although he was still in high school and already running a business, he was determined to tackle the beast of podcasting. In essence of the many factors that were stacked against him, he decided to name the podcast The No Excuses Show.

Starting the podcast came with a fair share of struggles. It took John 15 tries to record a 6 minute episode and the first interview he did had zero audio. However, John had developed persistence throughout his life and he wasn’t going to quit over a few hiccups. He pushed himself to learned more about podcasting and studied some of the greatest podcasters. Setting a target to be a great podcaster himself, he wasn’t going to stop until he hit the mark.

He did the only things he knew how to do, put in more work and prayed for results. He started by reaching out to successful entrepreneurs online, only to recieve an underwhelming response. Until one day, after persistent effort, he secured an interview with the famous millionaire stock trader, Ricky Guitterez. He was given the opportunity to fly out to Arizona and be the very first podcast that Ricky had appeared on. John marked this experience as the first time he had seen wealth in great abundance. He left Arizona hungry and motivated for growth.

The traffic that had come with Ricky’s interview essentially overnight, gave the podcast the boost that it needed. John decided to double-down and keep it growing. When he got home to Tennessee, he started reaching out to all of Ricky’s friends, using the interview as leverage to feature them as well. He started to scale quickly and at 17 episodes, The No Excuses Show was ranked #39 on the iTunes business charts.

Although John encountered a bumpy road along his journey to podcasting success, his determination and persistent action paved the way for him. John’s story is proof that if you set a goal and work hard enough, there is nothing that you can not acheive. 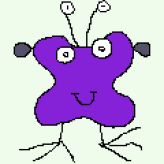