Most avid fans of comedy around the world have already met the scintillatingly humorous Abby Roberge and experienced first-hand, the joy and excitement triggered by his awesome performances. Undoubtedly, if you are one of the few fans of comedy who haven’t seen Roberge in action as yet, you’re likely to experience his comedic genius soon as his fame is spreading like wildfire. Consider this brief introduction a precursor to something mind-blowingly awesome that is coming your way… fast.

A Little Bit About Roberge’s Background

Roberge is Canadian by birth, having origins in Vancouver B.C., but has been living in the US since migrating to California at the age of 12. This move was critical in his development as a comedian because it helped to shape his perspectives on life and the world. The experience of different backgrounds put Roberge in a perfect position to enter comedy as he was able to compare multiple cultures and make poignant observation about them at the same time.

This comedian has an impressive body of work and a powerful reputation for awesome performances. He has performed in numerous physical locations as well as on various virtual platforms. Audiences around the world have been awestruck by his sheer knack for comedy as well as his ability to pull off awesome performances. The millions of views he has amassed on the platforms that showcase his work is proof enough that this comedian hast struck gold.

Roberge’s standup genius has been on display at the Comedy Store and Laugh Factory since 2016 racking up millions of viewers and amassing new dedicated fans by the minute.  He also has a pretty impressive tour reputation having been featured on tours with comedy greats such as Bill Burr, Steve-O and Bob Saget.  The Northwest’s Just for Laughs is among the tours of note that he has under his belt. He has also had his own tours, the most recent being dubbed ‘The Badboy Sweetheart’ which took place in January of 2019 and drew crowds from all over the country and the world.

In addition to being a standup superstar, Roberge is making big waves in television. His every expanding career has stretched into numerous arenas in the world of acting including television, podcasts and social media based programs.  He guest starred in season 10 episode 16 of ABC’s popular mockumentary Modern family as the character Ben and appeared in the pilot of NBC’s So Close playing the character Gideon. And by all indications, his television appearances are on the verge of taking off again as Roberge never rests and never settles when it comes to his acting career.

Another Side to the Comedy Superstar

In addition to wowing audiences in live streamed and televised appearances, Roberge has been wooing audiences with his charm at booked appearances. He has added his uniquely humorous touch to numerous local and international events… some social and others of a more corporate nature. Regardless of the nature of the event, the talented performer has been able to adapt to deliver world class entertainment acts.

As if that weren’t enough to prove that Roberge is a multi-dimensional star, there’s more. In addition to having a powerful career in comedy and acting, he is also an entrepreneur.  His most recent business venture, Melrose Podcasts, is the result of collaboration with his business partner Ari Mannis. The podcast debuted just a week before the COVID19 pandemic hit the world, and has been a golden opportunity to allow Roberge to keep reaching out to his fans around the world despite numerous lockdowns and restrictions.

Abby Roberge is, without a doubt, a phenomenal force in the entertainment world. 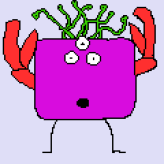