Recently we spoke with Now Entertainment founder, Tony M. Fountain and asked him to share his journey from growing up in a small town to becoming a major player in the entertainment industry.

Here’s what he shared…

Q1.) What is your background?

Tony M Fountain: I grew up in the small town of Gordon, Ga. I was a typical country kid that liked to fish, go four-wheeler riding, and play video games. I lived with my grandparents for the most part of my younger years until they passed away. I stayed with my dad in my early teenage years until I was kicked out at 16. I then walked to work at a local car dealership and washed cars until I saved up enough to buy a used 91 four-door Ford Taurus then I got a full-time job as a forklift driver. I had a rebellious spirit that always landed me into trouble and bouncing from job to job but whether construction, selling drugs, or working at a mental institution, I survived. I’m self-taught in graphic design, search engine optimization, business and branding among other things.

As far as music goes, I started out going to showcases and was offered a deal with a local label but they wanted me to tone down my lyrics from smoking weed while being chased by the cops to a more friendly dance type of rap. They basically said I was too young to talk about those things even though it was my reality. They wanted me to be a gimmick and I declined. I met up with others from my hometown and surrounding cities and early on I listened to their problems and found a way to solve their complaints whether it be building a custom Hackintosh computer to prevent overheating/crashing or helping artists to book shows, get press, build a website etc. It was around that time I realized my calling was more so for the business and technical side of things. I was told I should seriously think about being a manager by Nino Brown during a phone call shortly after that reinforced this notion.

Q2.) Tell us about the exact moment you found your calling.

Tony M Fountain: In the seventh grade my friend Rico passed me a note and asked that I pass it over to Darrion. It turned out to be a written rap song. I looked at it and made the suggestion that Rico use marks to indicate the end of each bar. Somehow that turned into us writing a diss song to each other. Quincy judged the two and declared me the winner. It felt good and so that summer I practiced my ass off only to return to school the following year and have Rico kill me. Shortly thereafter I was locked up in a juvenile bootcamp and began writing songs more so about real life and less about shooting Rico with a rocket launcher or tossing his off a building. I found it helped me to deal with my anger and other issues and it became less about, “making it” and more like a rhyming diary. I’d have to say that was the start because I haven’t turned back since. But I’ve taken various turns along my journey and worn many different hats. I think we can be called to do a multitude of various things why limit yourself?!

Q3.) Who are your influences?

Tony M Fountain: When I was in college I had an assignment to interview someone in the entertainment industry but at the time I didn’t know anyone who was in the business nor how to gain their attention. I decided to reach out to a local Jazz musician, studio owner and entrepreneur by the name of Joey Stuckey. He’s a blind musician that started recording bands in his garage and now owns a full production and marketing studio in the heart of Middle Georgia.

At that time he was also on the board for the Georgia Music Hall of Fame and had created software for the blind. I reached out to him because I had recorded my first song with him around the age of 14 or so and I thought it’d be great to reconnect. He had come a long way through dedication and hard work. Looking around at the now multi thousand dollar commercial studio and all his accomplishments on the walls, I recalled us years ago recording a sketchy one verse demo on an ADAT 8 track recorder with a mic in the closet and took comfort in knowing that all it takes to accomplish any goal is patience, perseverance and time. As far as technique goes Bone Thugs -N- Harmony & OutKast are two of my favs but I love music and don’t prefer any one specific genre over the other. A few more are Midnight Star, Gerald Levert, Johnnie Taylor, The Fat Boys, Mack 10, Ryan Caraveo, Owl City, 21 Pilots, Kid Cudi, B.O.B., Lupe Fiasco, Fleetwood Mac and many others.

Q4.) What are your long-term career goals?

Tony M Fountain: I think as parents we all want to pass on something to our kids and put them in position to have a leg up in this crazy world. I’m taking the steps I’m taking to build something not only for myself but for them to give them more freedom.

Q5.) What was the process of obtaining your level of success like for you and what steps did you take that were necessary for the growth and maturity of your brand?

Tony M Fountain: Early on I realized it wasn’t going to be as easy as I thought it would be. I knew I couldn’t afford certain equipment or services that I would need. I was working 70+ hours a week and still barely getting by; it was really frustrating. But, I still found a way, I would stay up till 3 or 4 a.m. researching and applying then I would get up for work at six and repeat. Once I come to the realization I would not be able to invest in myself or rely on anyone else to understand my vision, I started saving up by doing things like wrapping my tennis shoes in ducktape to avoid spending the $70 or so I would need for a new pair. I then used the money to buy a non working MPC from eBay for opened it up and fixed it. I didn’t have a cell phone for a year and used what would have been the monthly data plan bill money to buy a keyboard. I learned the rules of taking a step back in order to take one forward and applied it over and over and over.

Q6.) Do You believe that celebrities and influencers have an obligation to be socially conscious?

Tony M Fountain: An obligation, no, I think that’s on an individual level. It would be nice if there weren’t so many idiots but I also believe people shouldn’t idolize so much and should take accountability for their own actions.

Q7.) Do You believe that celebrities and influencers have an obligation to give back?

Tony M Fountain: Not at all! Again, that’s on an individual level and should be based solely on what their heart guides them to do. The current atmosphere is that of a, “gimme gimme” society and I think that needs to stop. People are quick to blame their circumstances or other people for their failures in life instead of, in the words of Goodie Mob, “get up get out and get something”.

Q8.) What does financial freedom mean to you?

Tony M Fountain: I like doing my own thing. To be able to do that you don’t have to necessarily be insanely rich but you do need to find your sweet spot. Most people get a little money only to get bigger bills and still basically live check to check; I try not to do that. As long as I can wake up and do what I love, not have a boss, pay the bills and have a little left over for fun I’m good to go.

Q9.) What would you change about the industry today?

Q10.) Do you have any advice for up-and-coming entertainers?

Tony M Fountain: If you’re going to make a song make sure you own the rights to the instrumental and stop rapping over tagged YouTube beats you ripped. Learn how to run social media ads and use analytics. You don’t have to know every little detail about everything but become knowledgable in all aspects of your career so you can make informed decisions on who to hire and the direction you’re headed.

Q11.) What Social topics are important to you and why?

Tony M Fountain: With most topics I tend to keep my views to myself but I think mental health is a big issue among the masses and especially in the industry. It can drive you crazy if you don’t take care of yourself properly. A couple years ago we ran a campaign about mental health and asked for donations to the American Society for suicide prevention.

Q12.) Anything else you’d want to say to the people?

Tony M Fountain: Thanks for your continued support! 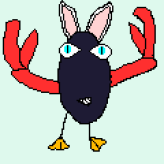 SMM is a contributor at Future Sharks and So Influential.