For children with illnesses or special needs, often the most important parts of childhood are missed out on; the fun and joy of just being a kid. Instead, they spend their days going through test after test, being poked and prodded by doctors. Hospital visits and treatments leave them scared and afraid. To give these children a break from the struggles they bravely face on a daily basis, the Flying Hero Club (formerly the Smile High Club Inc.), a 501(c)3 charity, was established to help give them a chance to be a kid.

Jim Churchman, the man behind the Flying Hero Club, is a professional stunt coordinator and has worked on major Hollywood blockbusters. The computerized flying system he uses to give children the chance to fly like their favorite superheroes has also flown celebrities such as Kate Beckinsale, Hugh Jackman, Halle Berry, Robert Downey Jr., and more. The Flying Hero Club was a way for Churchman to share the feeling of empowerment and freedom with young children who could benefit most from the experience.

In costumes provided by the Flying Hero Club, the children are flown on a belly board for about 100 feet, at a height of around 4 feet. For children who cannot lie on the belly board, they can be lifted up in their wheelchair. While the kids start slow, their flight speed can increase based on their level of comfort. Families are given flash drives containing videos on the spot so that they can always cherish the memories made with the Flying Hero Club.

The Flying Hero Club has an upcoming event in Torrance, CA on Sunday, March 31, 2019. The event is held at Stand Brewing Co. Churchman instantly bonded with Joel Elliott, co-founder of Strand Brewing Co., over Joel’s daughter who has battles selective mutism all her life. Their common compassion for challenged children helped turn the event into a reality. The event will be held from 9 AM until 5 PM, with an afterparty following from 5 PM until 8 PM. 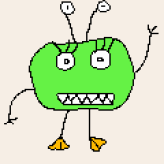