Yvng Leaf: Musical Process and Meaning Behind his Music As an up & coming artist in the Philadelphia music scene, many people are wondering what drives the 17 year old artist out of Rotation Records, what inspires his music? What are his songs about on his latest EP’s? I have been fortunate enough to interview a lot of successful rappers in the music scene, and it never fails to amaze me what inspires an artists creativity, this past weekend I had the opportunity to ask leaf the questions the fans have been dying to know.

When interviewing anyone, but especially an artist, it is imperative to understand the creative process that drives them and the music they create. Of course, every artist is different, but all artists have one thing in common and that is they have  way of coping through their music. They have a certain way to express themselves to their fanbase, and they all have a skill that most can only dream of. Having said that, you ( Leaf’s fanbase) asked, so we listed. I present to you the Yvng Leaf Interview.

Q: So how did you make your first EP Afterlife, and what is the meaning behind it? Why Did you name it Afterlife?

A: It was my first EP and it was where the journey started to who I am today.  I was a different person before I started making music. I saw a different part of life after I started that I didnt see before and I felt like I was reborn and living a way that I havent lived before.  So that’s why the EP is called Afterlife because I’m living in a new stage of my life. It represents the start of living in my new life

Q: What inspired you’re slower songs on the EP, Electric Vibes and In My Mind?

A: The inspiration for the slower songs are the kind of melodies in my head when Im in a relaxed mood and I try to make so other people can relate when they are in the same kind of mood.  I also like creating all different kinds of music to expand my sound for myself and my fans.

Q: Why did you name you’re second EP Leaf’s Nirvana? How did you make it and what’s the meaning behind it?

A: I waited until after my first EP was dropped, made some singles and I felt at that stage of my life I leveled up in creating music and finally found my sound so I felt that I needed to give my fans my official evolved sound as soon as possible.  Its called Leaf’s Nirvana because I was in the Afterlife and then eventually I started turning that world into my own Nirvana and things started coming true. The EP was just expressing my world at that stage of my life.

Q:  What inspired you’re hit song No More and how did it come about?

A: This song was created on a day where I wasn’t in the best state of mind and I went to the studio and I told my producer to cook up a dark melodic kind of beat so I could sing my feelings but also make it a faster tempo to give it a hit kind of feeling.  The melodic vibe makes it easier for me to sing and express myself on it. Pretty much its about me finding out who the difference between the real and fake people in my life are and that everybody leaves you when your down but when they see you shining they want to come back….why would I help you out when you weren’t there for me when I was down.  So pretty much I dont need them “no more”….

Q: This Time has a kind of unique and signature sound that you created, how did you do it?

A: I was just being myself and I was in a “super lit mood” going into the studio that day and my producer ThomasJay cooked up a vibe.  It was right around when I found my sound and I knew it had the potential to be a classic. It’s just a vibe that people can listen to in their car and when they are having fun.

Q: What is the meaning behind My Space, and how did you make it?

A: I was sitting in my room and I was just deep in my thoughts thinking about things over and over again and I felt like life was just a “Highway” and that your just going through a road filled with ups and downs and it was just in my head.  From those thoughts, I ended up writing a song which ended up being My Space.

Q: What is you’re recent single For A While about?

A: Anybody who has been heartbroken and feels helpless that there will be an end to it no matter how long it feels bad, it’s not eternity. It’s that simple.

Q: What is your most recent single “It’s the Start” about?

A: I made that on a 12 hour session on my birthday and I went in there and started creating a different song.  Halfway through, we ended up switching the vibe and creating a different beat. Then the beat was a melodic vibe but had a hard hitting 808 which made it like a melodic trap beat.  I liked it a lot so I started writing. I was thinking about since it was my birthday and it was a 12 hours session, all the things were starting to come together and all my hard work was starting to pay off.  So I felt like the song I was writing was the start to a long lasting dream that I always had about my new life.

Q: Is there any advice you want to give to any upcoming musicians or people are trying to get into music?

A: To be yourself, dont listen to what the negative people try to tell you.  Stay at it and never give up.

Q: How did you get to where you are so fast? Do you have any upcoming releases or big plans coming?
A: It started off as a younger me trying to be something with my life instead of just following the system and hating my life. I followed through with my dream and eventually me and my amazing team helped me get to where I am now. I’d like to shout out my Producer ThomasJayOfficial, my manager Jdizzlemgt, and Rotation Records for taking me in from the beginning. Of course my family for always supporting me. I love ALL OF MY FANS!!!! IT’s LVVFGVNG!!! I have a really “Lit” video coming soon with a big surprise New “Leaf feat Yung Bans” song coming soon.  Also a couple big shows and features to be announced with a new line of merch. 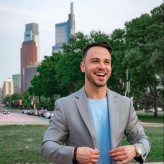