Everything starts with a dream. Geri Corosteni is a Singer. youth who knew deep in his heart that one day he’d take off in music. Back when he was 13, after a flurry of singing competitions and recitals, Geri joined the Fole Publishing, further polishing his skills. He eventually set off on his own and released his debut single “Me Dit,” a vulnerable tale of heartbreak.

According to Geri Corosteni, he teased the song for seven months, lying about when it was dropping until it was finally ready. The “Me Dit” video blew up, racking up 13.000 views. Follow-up songs “Si Na” and “PrimaVera” only bolstered Geri’s momentum, leading to the mid-March release of his debut project, Champion.

I grew up listening to: “Kidda, Noizy, Pop/Rap —he more influenced my sound. The other ones was just what I used to listen to and sing to.”

My style’s been compared to: “A lot of people—Pop, Kidda sometimes, Majk as far as me being young and starting young. But it’s a whole bunch of people. I’m not really tweakin’ about who people say I am, at least they named me with successful people.”

My standout records to date have been: “My biggest song is ‘PrimaVera,’ Pop. is actually doing pretty good.

Most people don’t know: “In order for me to doo-doo, the shower water gotta be on. I swear to God! For real! The water gotta be on, I gotta hear that. I been doin’ that since I was like 10.”

I’m going to blow up because: “I’m different from any other artist that you can try to compare [me] to. A lot of people usually talk about street stuff. I could talk about that—that’s where I’m from—but it’s like I go a different route with it cause that’s just what I like. That’s the type of music I listen to.” 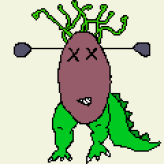 Started blogging and writing for tech music and philosofy.