Every week we look at people whose extraordinary career’s and stories leave us inspired and in awe about the power of humans finding their purpose in their passion. This week we are looking at Aaron Gill, Chicago’s top luxury real estate producer.

Gill is a first gen American who went from medical school to Chicago’s number one top real estate producer within five years and is far from done leaving his footprint on the US market. His story is remarkable and inspiring and we believe it needs to be shared.

Aaron Gill went to high school and college in Oklahoma and attended medical school in Chicago to become a physician while working in the hospital including the ICU for 4 years. At that time was passionate about helping people and the environment of a team of quick thinking links, gathering and relaying information, being part of important moments in people’s lives. As he tried making ends meet during his studies, he started working for a small boutique real estate agency, leasing luxury units.

What started as a side job and a secret talent soon became his biggest passion as he was able to transfer his favourite personal assets and attributes from one job to the other. So he decided to put his studies on hold for a year to fully dedicate his efforts to the Chicago real estate  market.
The start of an extraordinary career.

Within a year he had reached his full potential in the the agency and moved on to the next step. He founded Epoch Chicago, his own luxury real estate agency and has quickly become the city’s top producer, working closely with his development partner in the Onni Group.

Onni are partners with his brokerage Douglas Elliman in Los Angeles, who invited him to work on LA’s Hope + Flower project, the prestigious complex of luxury apartments in Downtown.
After establishing himself as Chicago’s go-to for class a rentals, he is now set to conquer the market in California.

If that wasn’t enough, this man also runs marathons on the side. We assume that the athlete’s endurance is only beneficial in business, when there seems to be no end in sight of a long day but performance levels can’t drop. And another proof that a healthy lifestyle is one of the biggest career boosts and backbones you can actively create.

We always love dramatic positive changes in careers and lives, especially when they involve so much will power, hard work and most of all passion.

This one is particularly inspirational to us, as Aaron Gill radically changed industries to find and establish success with the same ingredients of passion, work ethic and his personal soft skills.
And we’re excited to see where he’s going. 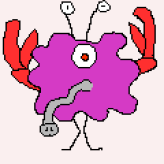