Why Ruby on Rails is a Safe Choice for Startups?

For a startup, everything is about availing the best quality of services at the cheapest prices. But there’s a lot that goes into this. Limitations of capital lead to compromise, and business owners must keep themselves aware of the ways things can go wrong. Maybe there are issues with bug fixing, documenting, or productivity, which may lead to a poor performance of the website and customer’s disappointment and eventually, loss in revenue. On a side note, you may also read about the top 10 ideas for startups.

Therefore, choosing the right framework is very important, and we’re talking specifically about a very popular framework, called Ruby on Rails. It has been around for 14 years in the market and has been preferred by so many popular companies for their e-commerce venture. In fact,  Hotframeworks ranks Ruby on Rails as the second most popular platform among developers. Let’s talk about the ways in which skyrocketing your e-commerce venture with the help of Ruby on Rails would be a great idea:-

Don’t take my word for it. See it for yourself. Look at how long it has been around for. Some of the companies that were just an idea back in the day are one of the most popular web applications now because of Ruby on Rails development services. Airbnb, GitHub, Dribbble, Shopify and Indiegogo are just to name a few.

Surviving in an ever-changing business environment is hard, and to catch up with it, speed is everything. Well, programming on Ruby on Rails is said to be 30-40% faster than that on other frameworks. With Ruby’s integrated development instruments, flexible syntax and modules, the speed of MVP’s development goes through the ceiling.

Ruby on Rails is an open-source framework, which means it can be used and modified for free. On top of this, there are numerous libraries(gems) that are readily available to facilitate developers’ operations.

Security is a major concern these days. The more complex and protective layers there are, the harder they are to breach. Ruby on Rails provides protection against cross-site request forgery and prevents SQL injection. If you feel that they aren’t powerful enough, Rails always allows you to add gems that will enhance your security.

Popularity comes with its upsides. There is a huge community base online that keeps the elements of the framework up to date. They’re a huge fan of contribution and love to share their experiences, which means there is a whole lot of tutorial base for developers out there.

Ruby on Rails makes use of the RESTful architecture that allows the user to build pure and simple APIs. The modular design is so sophisticated that allows huge scalability, which is preferable for agile projects.

Now you also know how Ruby on Rails is flourishing so much. From companies with e-commerce websites flooded with audios and videos to the ones requiring handling subscription-based platforms and custom solutions, all of them knock the doors of Ruby on Rails Development Companies. If you’re yourself looking for a web developer for your business, you may hire a Ruby on Rails developer as well. 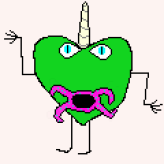